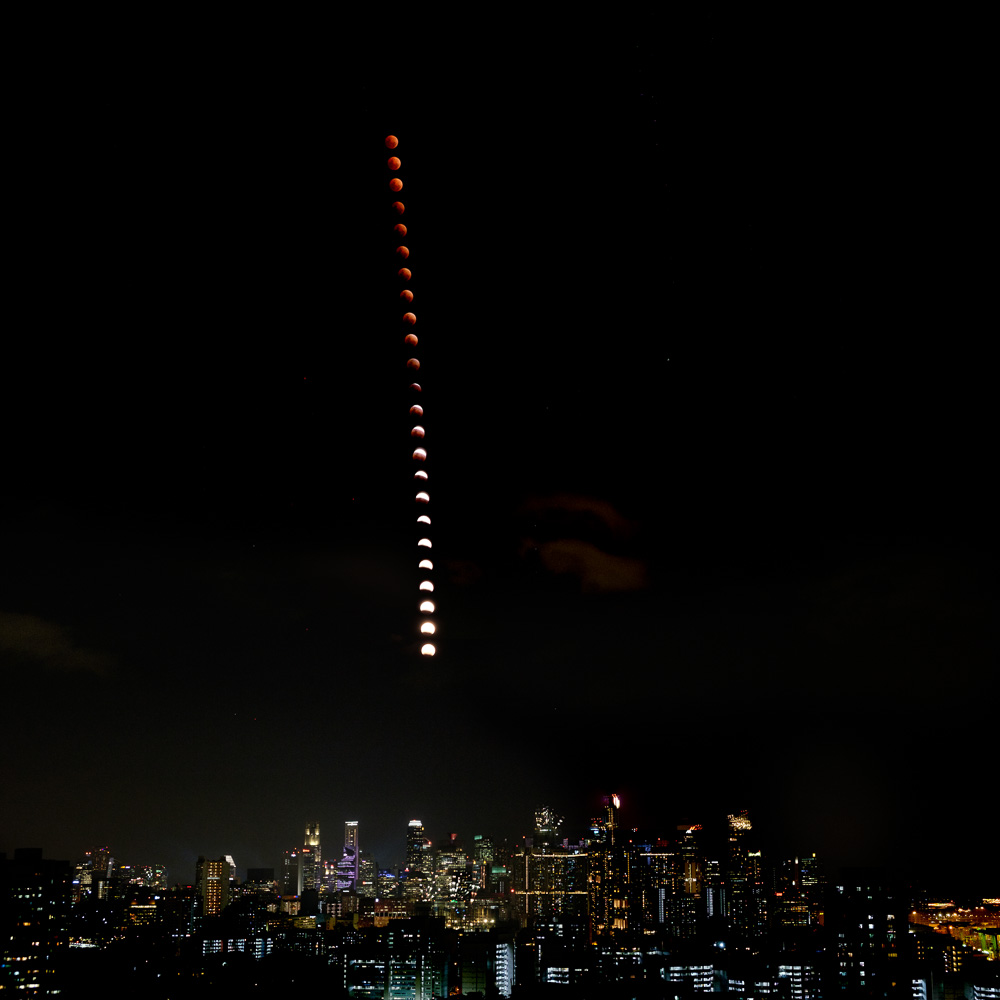 A composite of the moon phases as it goes through the total lunar eclipse on 31 Jan 2018. Each shot is spaced about 4 minutes apart.

On 31 January of 2018, sky watchers were treated to a rare astronomical event—a trifecta of a supermoon, blue moon as well as a blood moon. The last time this occurred was over 150 years ago, in 1866.

A supermoon occurs when the moon is at the closest point to earth in its orbit, making the moon appear slightly larger than normal. Blood moon, on the other hand, refers to the phenomenon which the moon takes on a reddish tinge during total eclipse, when the moon is in the earth’s shadow.

Contrary to the name, the term blue moon does not refer to the colour blue, but the second full moon within the same month. This does not happen that frequently, hence the phrase, “Once in a blue moon”.

I had shot a previous supermoon with the Marina Bay Sands skypark in the background, this is the first time I’m experience a total lunar eclipse at the same time. I almost did not get to witness and shoot this, as a large thunderstorm rolled in a few hours before sunset. In fact, it appears that every time a great astronomical event happens, Singapore would be rainy or cloudy. Thankfully, the storm cleared up in time for celestial show. There was even a sunset! 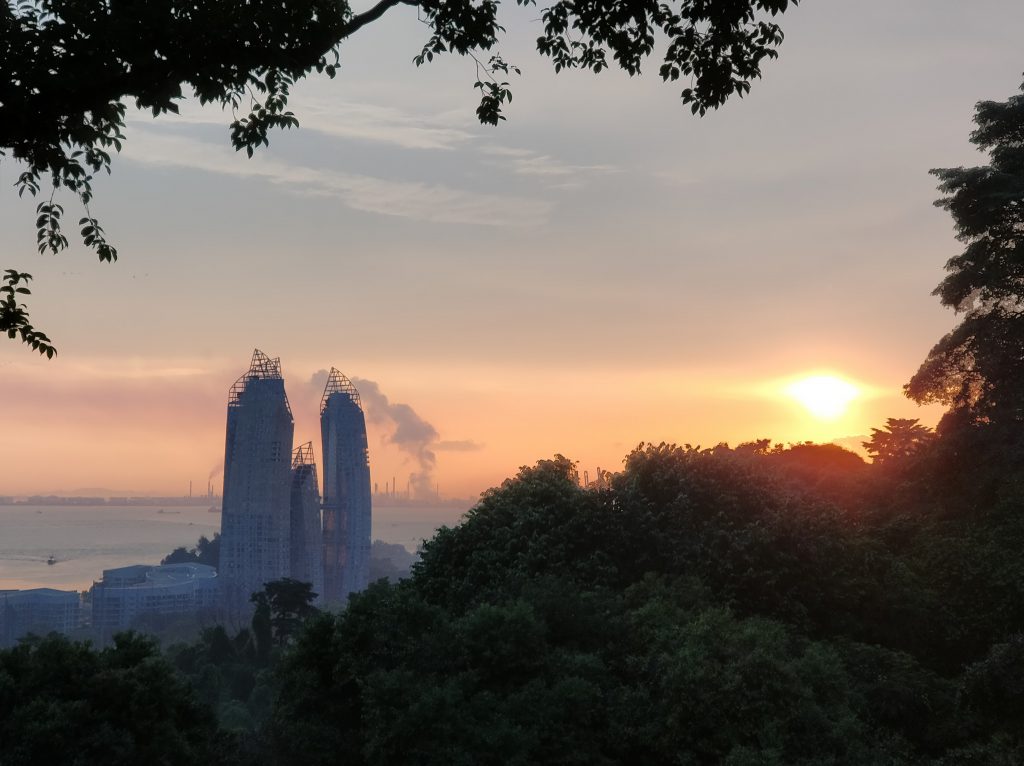 The rain has cleared by the time I reached my viewpoint, and there was even a sunset, so chances are good that we will see the eclipse. A few photographers were already there, setting up their gear. 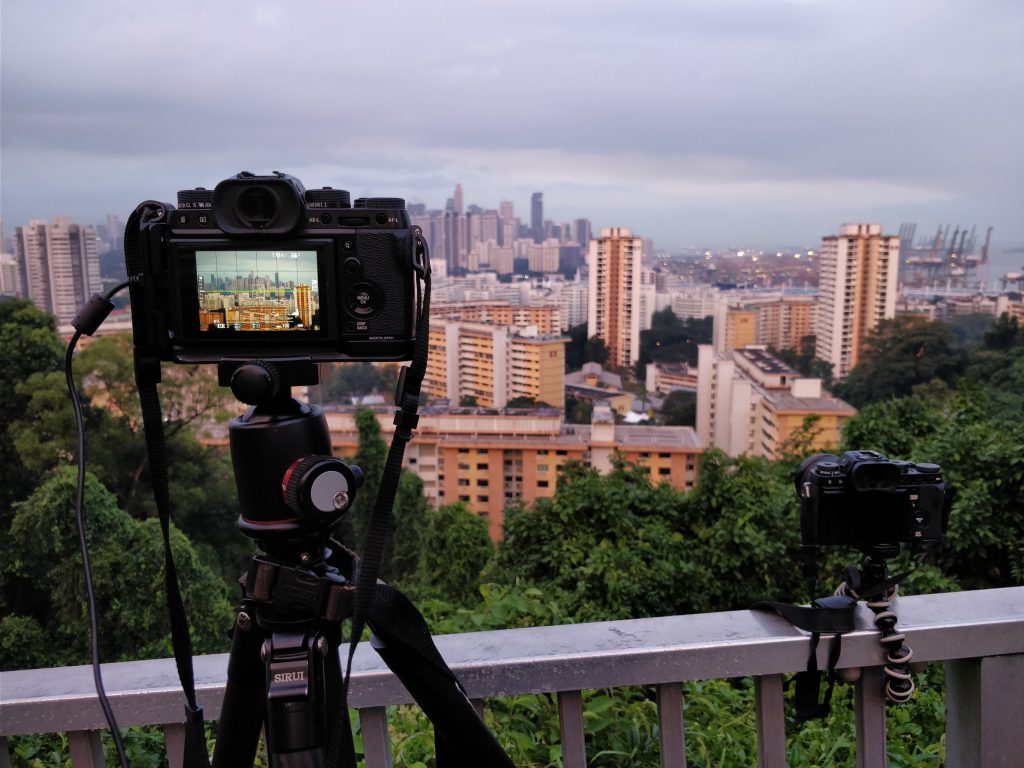 Fujifilm X-T2 (on tripod) and X-T1 (on Gorillapod)

While waiting, I got a shot of the beautiful skyline and HDB flats at the blue hour. Then the wait begins. 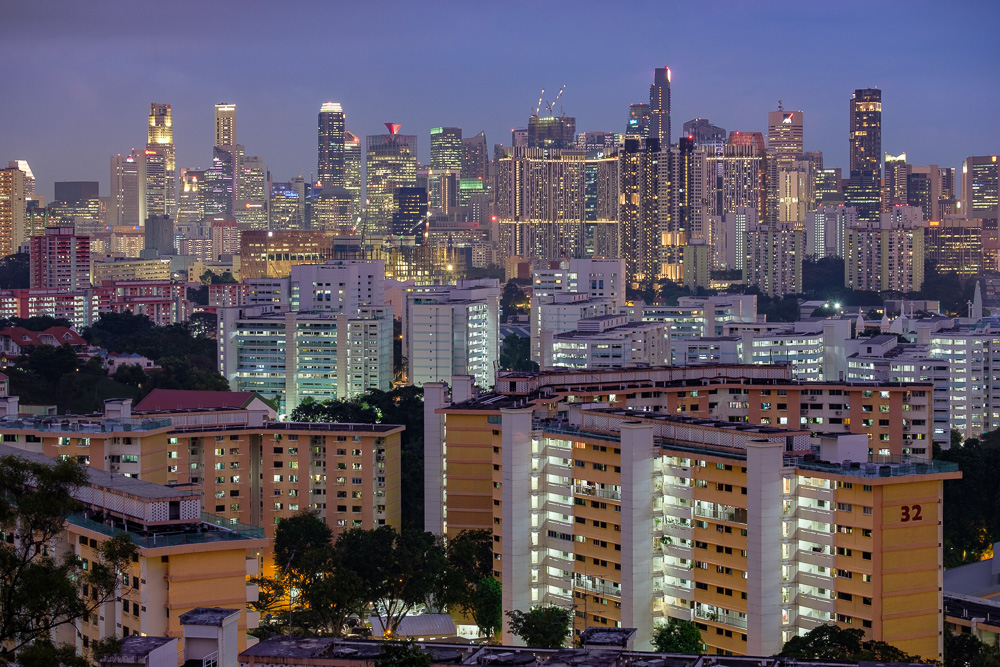 The Photopills app told me that the moon would rise approximately from behind the UOB tower, which will potentially make a good shot. Here is a mockup of what I had hoped to capture. 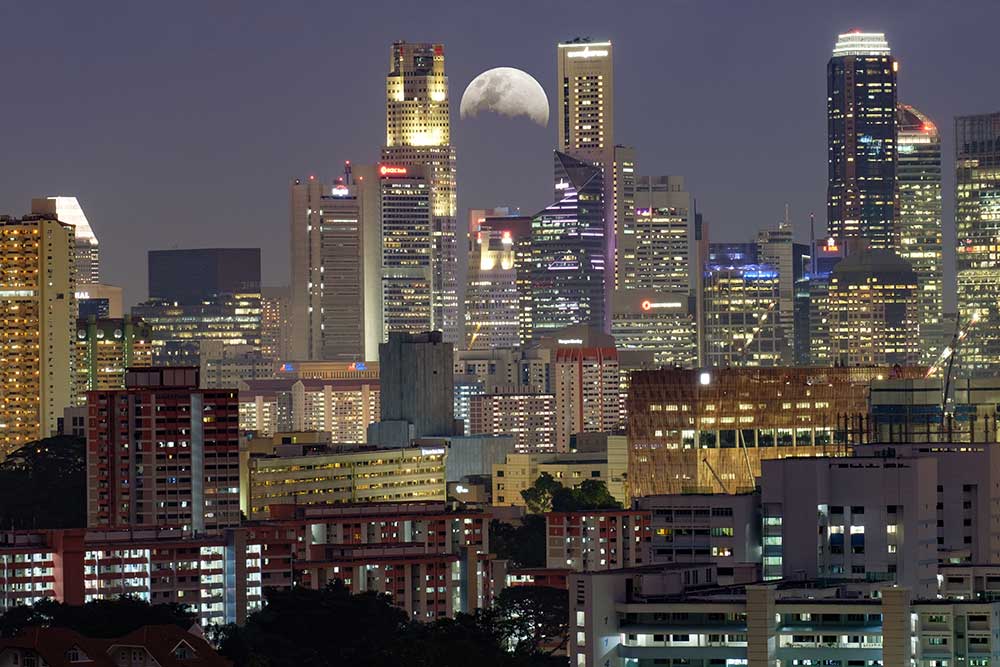 Approximate mockup of what I had hoped to capture

Unfortunately, due to low cloud cover, I didn’t see the moon until it’s too high up in the sky. This made any form of juxtaposition impossible. I decided to just shoot the moon at full zoom as the eclipse progresses. The X-T1 is still happily shooting a frame every minute. 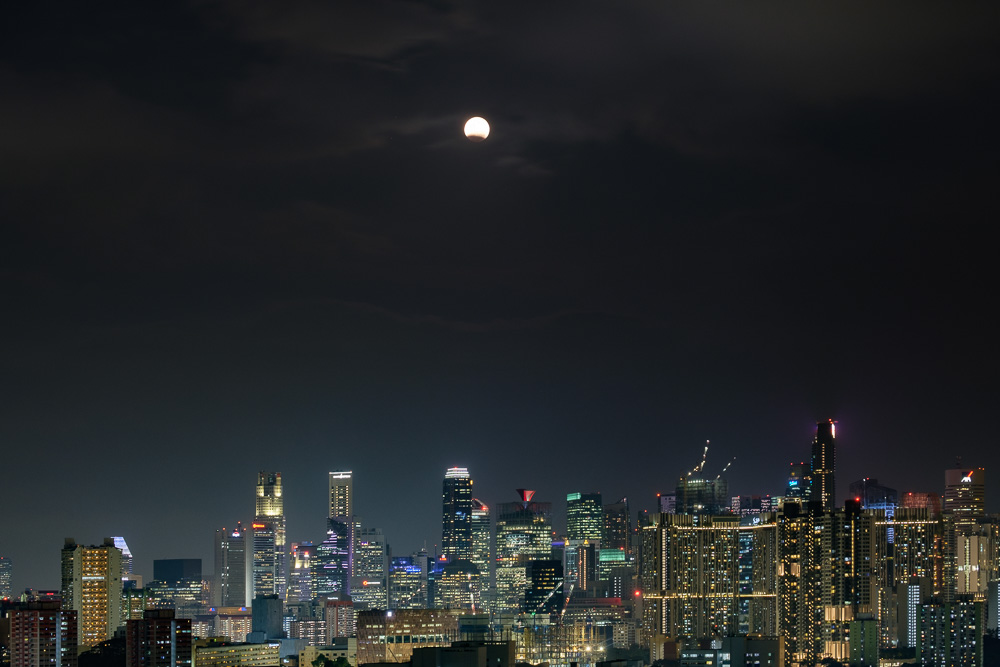 The moon finally made an appearance, albeit at too high and altitude.

As we approach the time of totality, many more people has gathered around the location to watch and shoot the event, mainly on their mobile phones. The moon has turned red at about 8:50pm, and turning a blood red as it approaches totality at 9:29pm.

Back home, I composited the shots from the X-T1 into a single frame. I chose every 4th frame as it gives the best spacing between the moon shots, and also extended the top of the photo so that I can fit more moons. The result is the photo opening this blog post.

I also selected a few key frames from the X-T2 to combine into a single frame to show a larger photo of the moon as it progresses into the eclipse. These are spaced roughly 30 minutes apart. 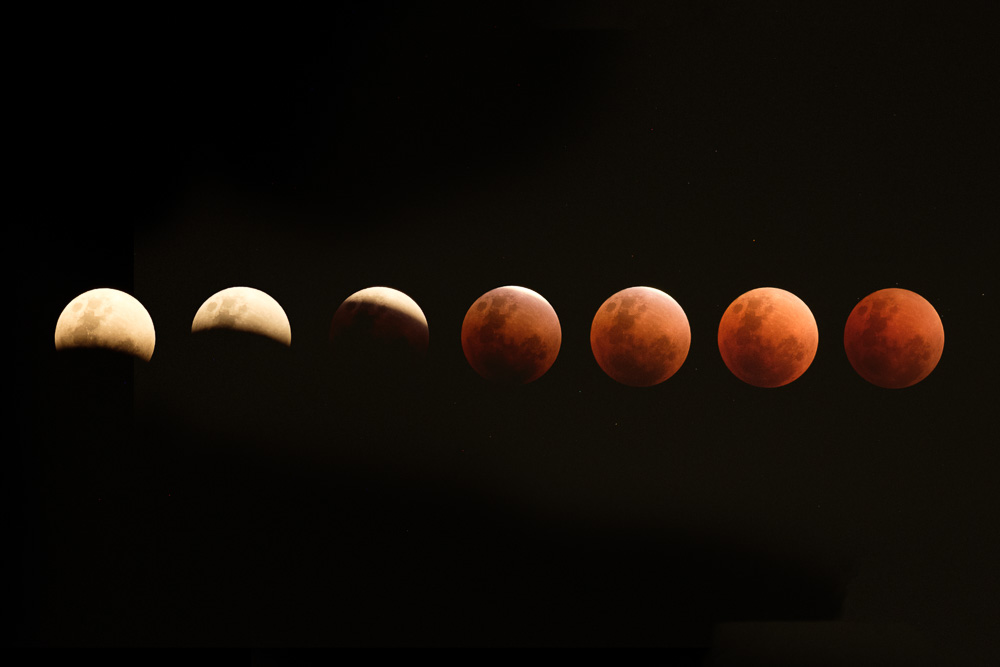