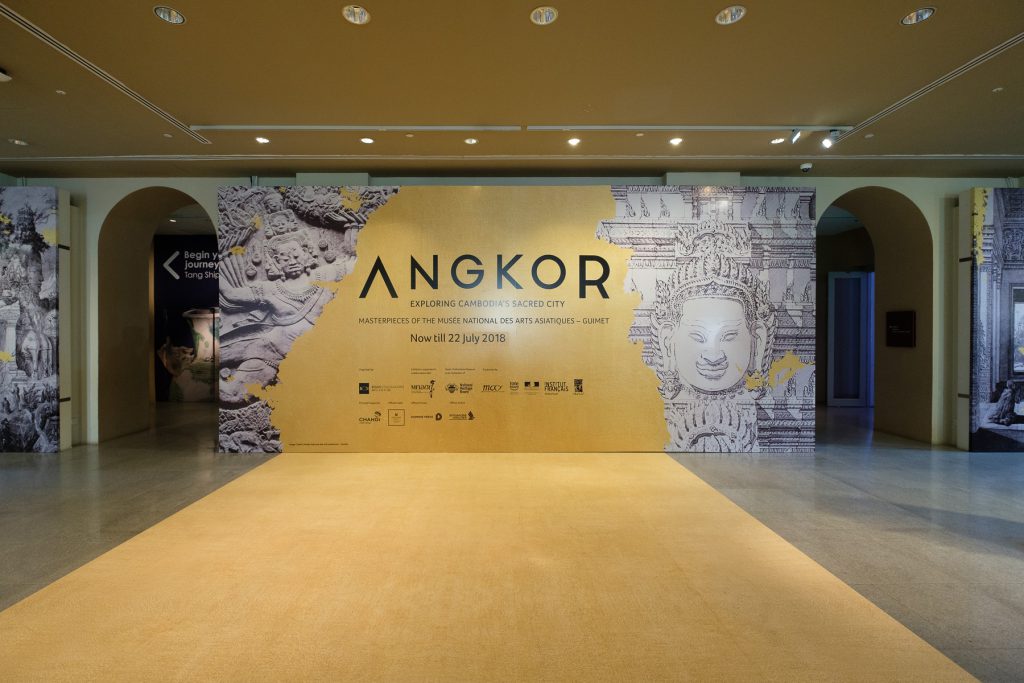 Entrance to the Angkor exhibition

The ancient civilisation of Angkor has fascinated many people, but until the late 19th century, it remained largely unknown to the outside world. In collaboration with the Guimet Museum in Paris, the Asian Civilisations Museum (ACM) of Singapore presents a new exhibition titled “Angkor: Exploring Cambodia’s Sacred City”. The exhibition features rare Khmer sculptures, French drawings, photographs and memorabilia that tell the story of the French encounter with Angkor and its sensational emergence onto the international stage.

I was invited to view the exhibition by Ms Trudy Tan, PR and Events Manager from ACM and it was quite an eye opener.

At the Angkor-themed gallery, visitors are greeted by a serene statue of Bodhisattva Avalokitsehvara from the 7th or 8th century. 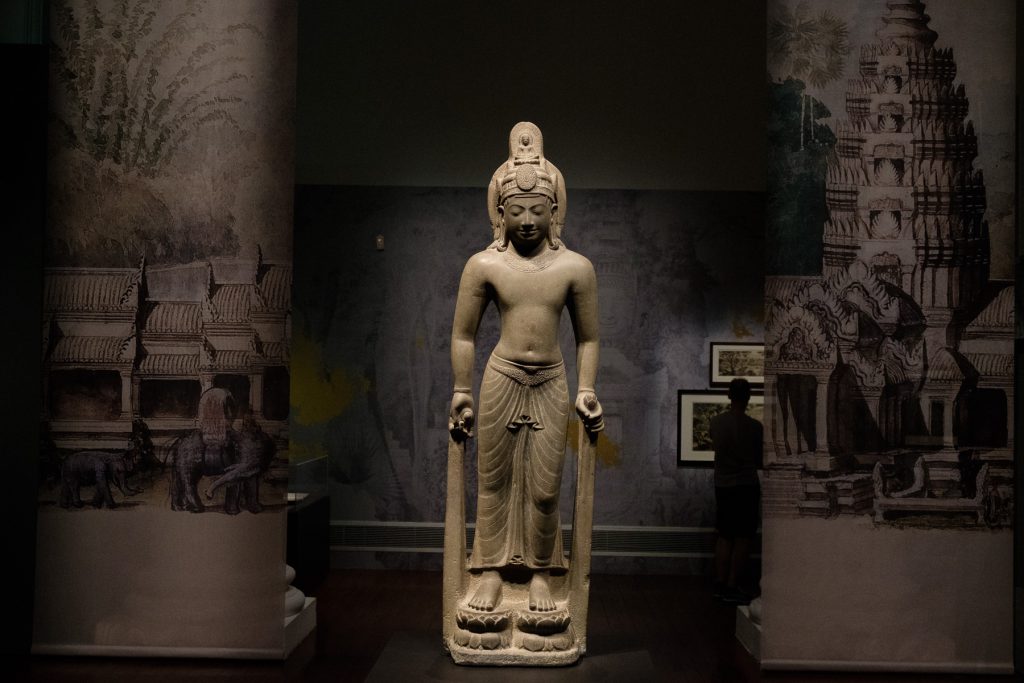 A statue of Bodhisattva Avalokiteshvara from mid 7th or 8th century greets visitors to the exhibition.

This section of the exhibition prominently features drawings of Angkor by French explorer and artist, Louis Delaporte. Delaporte has also exercised his artistic license in several of his drawings, lending his own interpretation of the surroundings of the ancient civilisation. 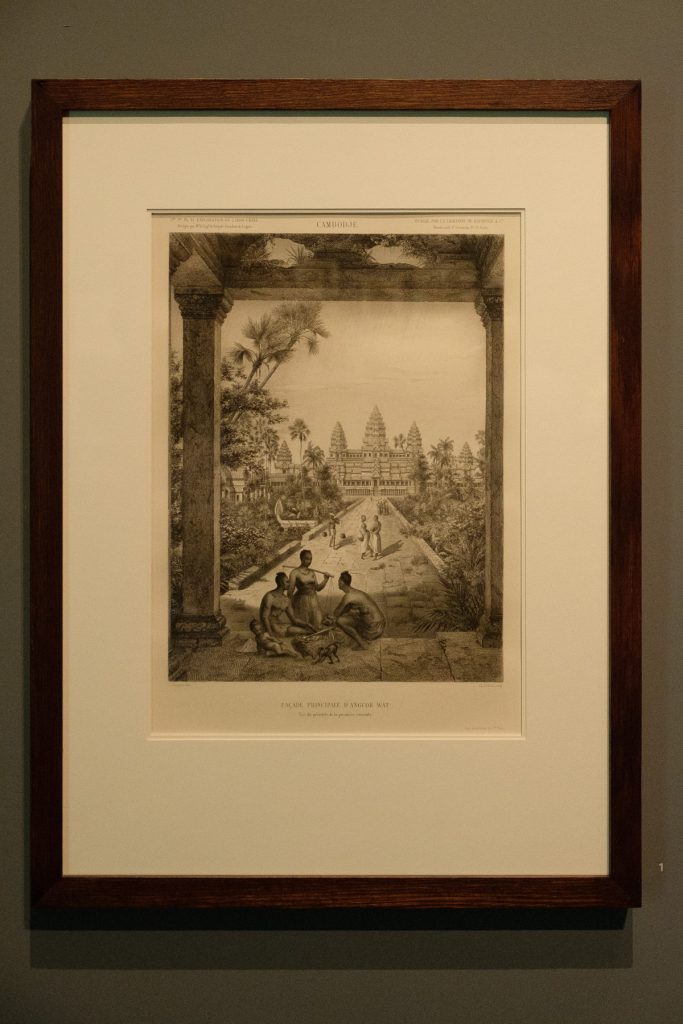 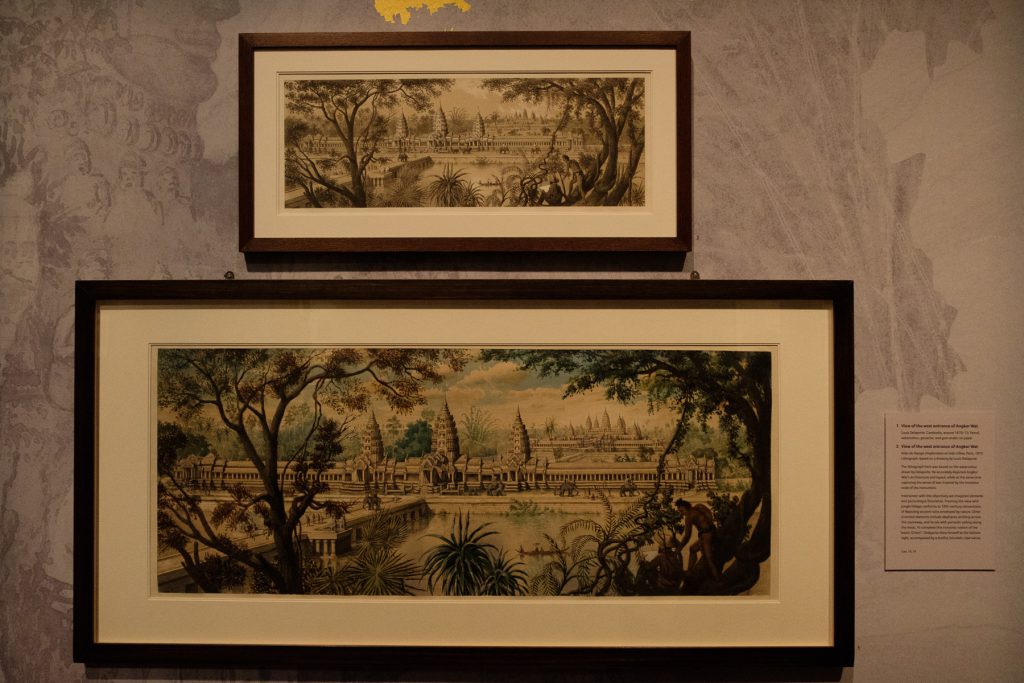 View of the West Entrance of Angkor Wat—Louis Delaporte 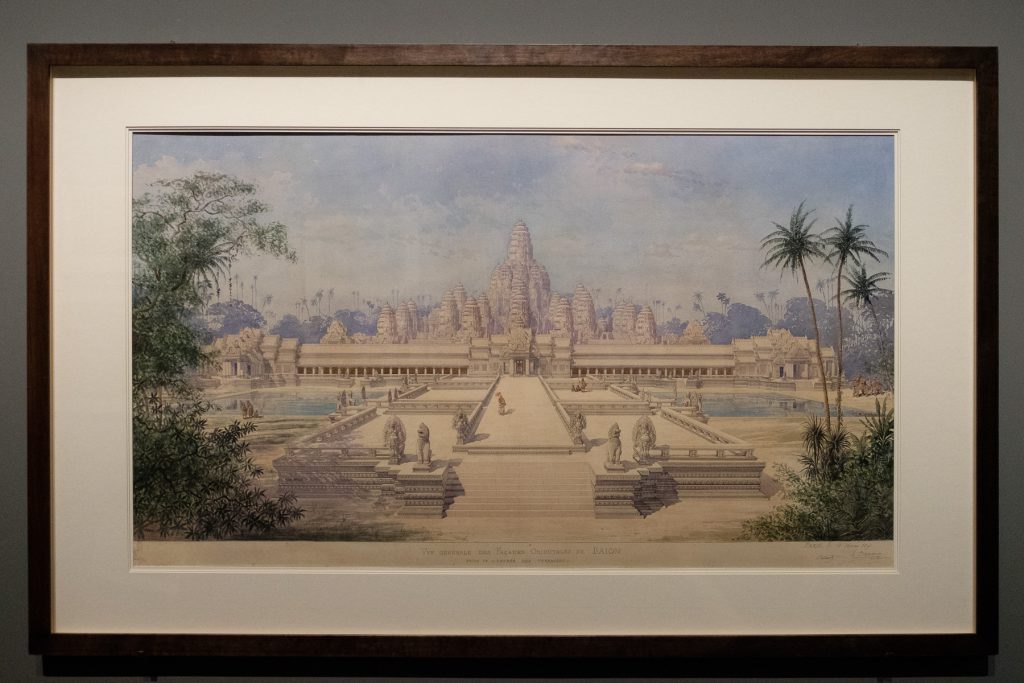 General View of the Eastern Façade of the Bayon—Louis Delaporte

Delaporte’s drawings are mostly done with pen, pencil and watercolour and are incredibly detailed. Here is a close-up shot of the above drawing showing the intricate details. 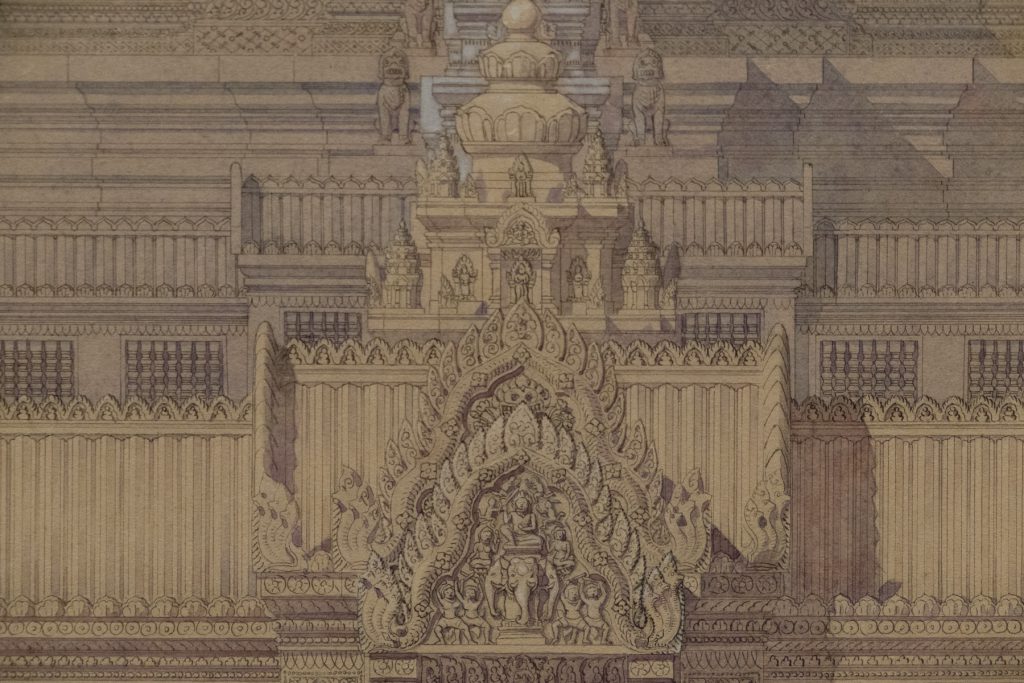 Close-up showing the details in the drawing

The next section of the exhibition features rubbings and plaster casts made from the wall carvings of the ancient temples. In some instances, these plaster casts are the only remaining record of the original structure, such as this one titled “Heavens and Hells”. The original has been destroyed in a collapse in 1947. 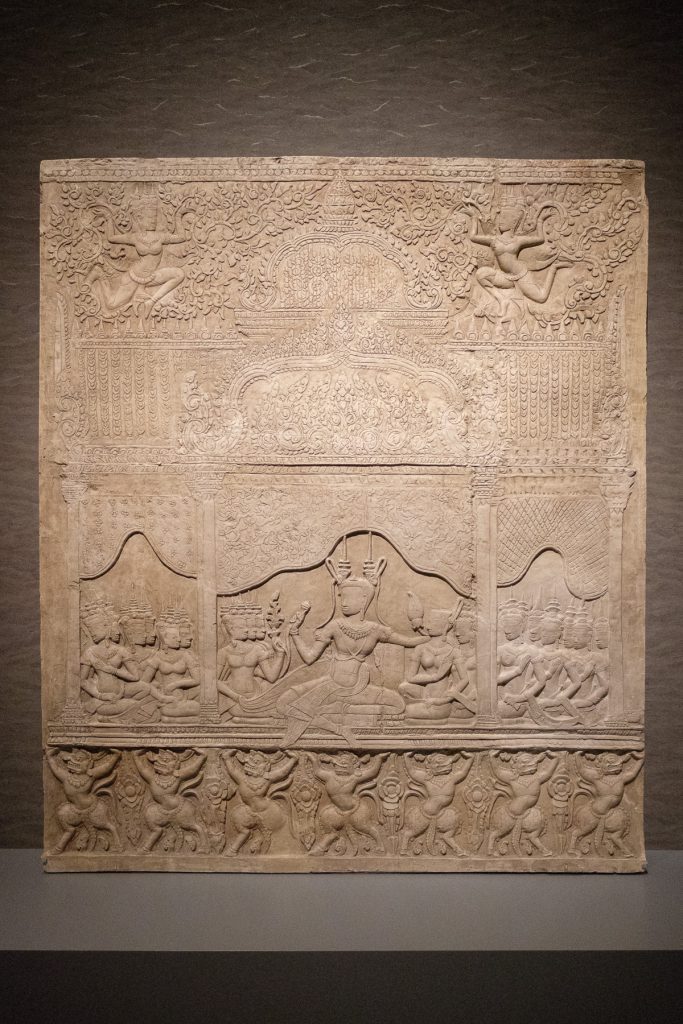 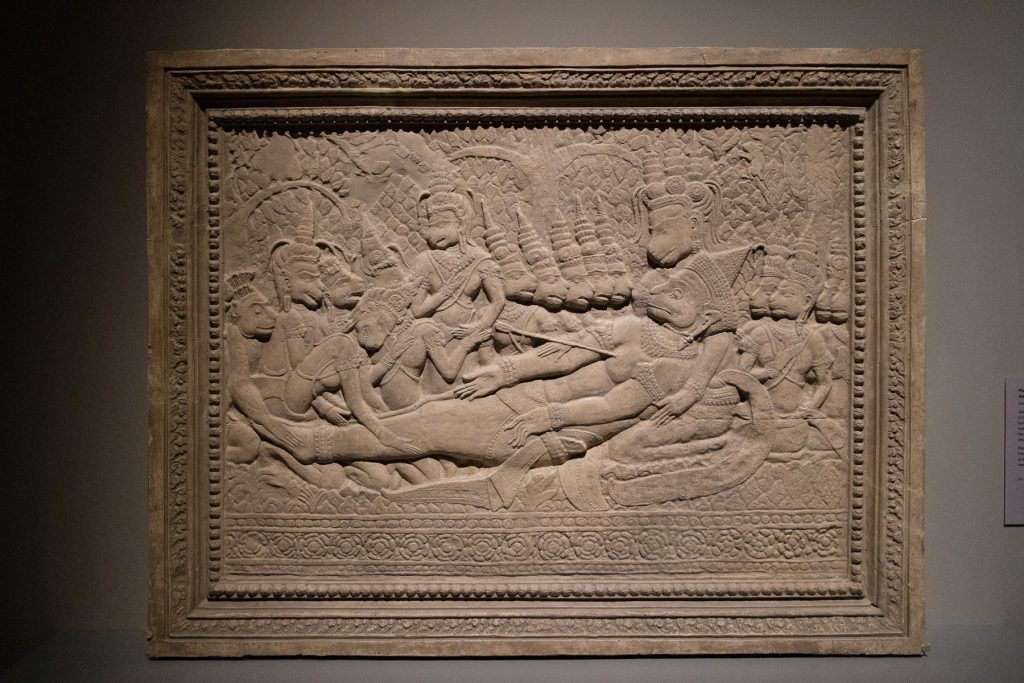 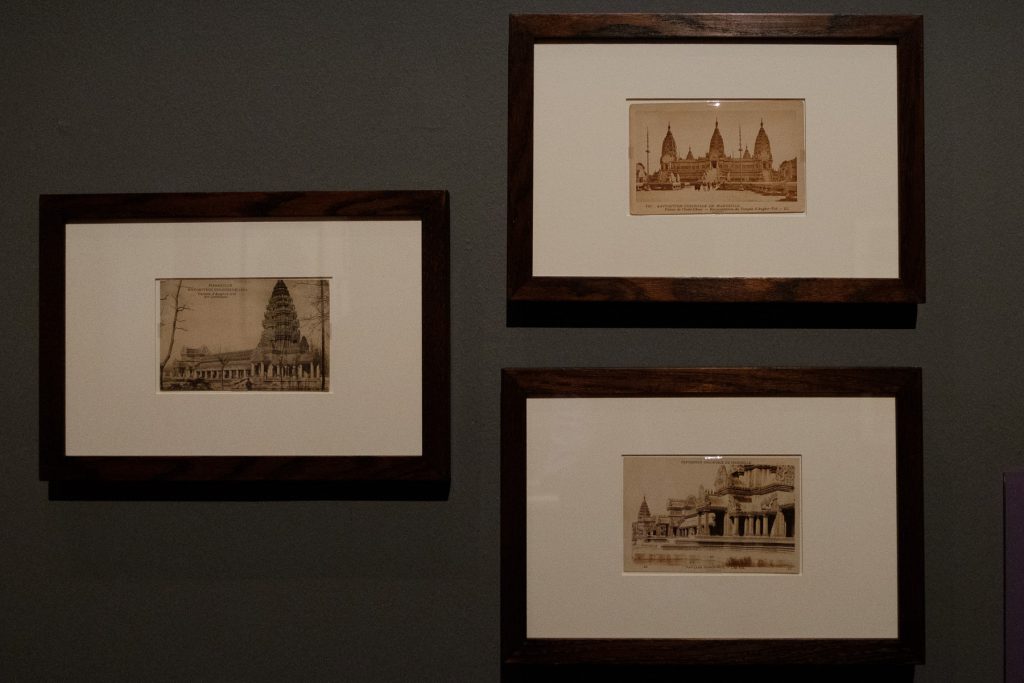 Various postcards from the Colonial Exposition depicting images of Angkor. 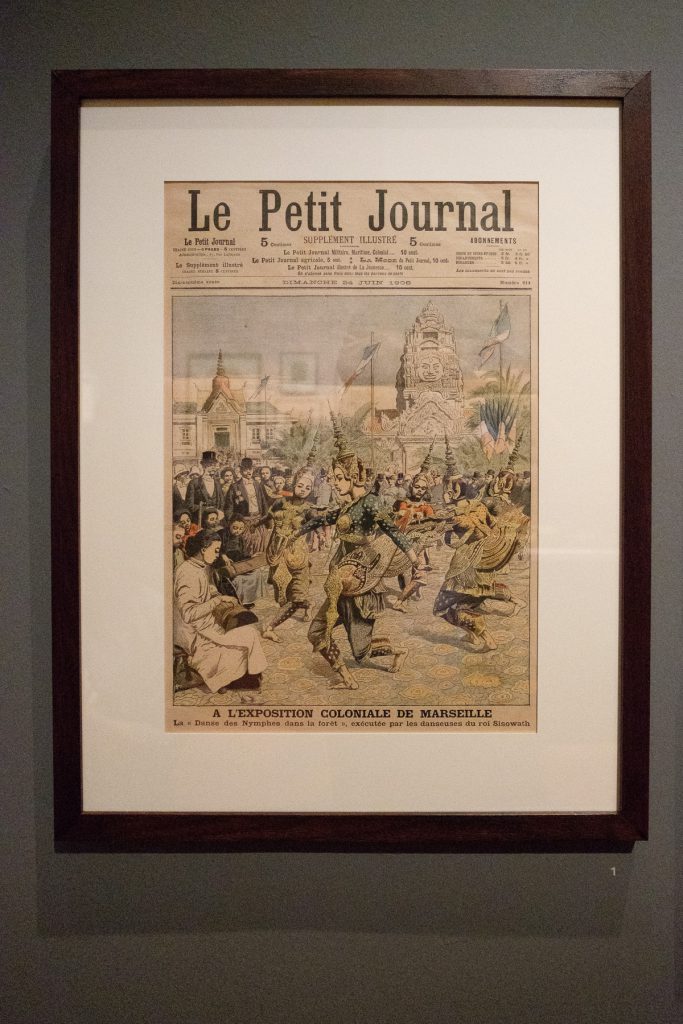 In the next section, we have various statues of gods and deities, as well as architectural such as lintels and pediments. 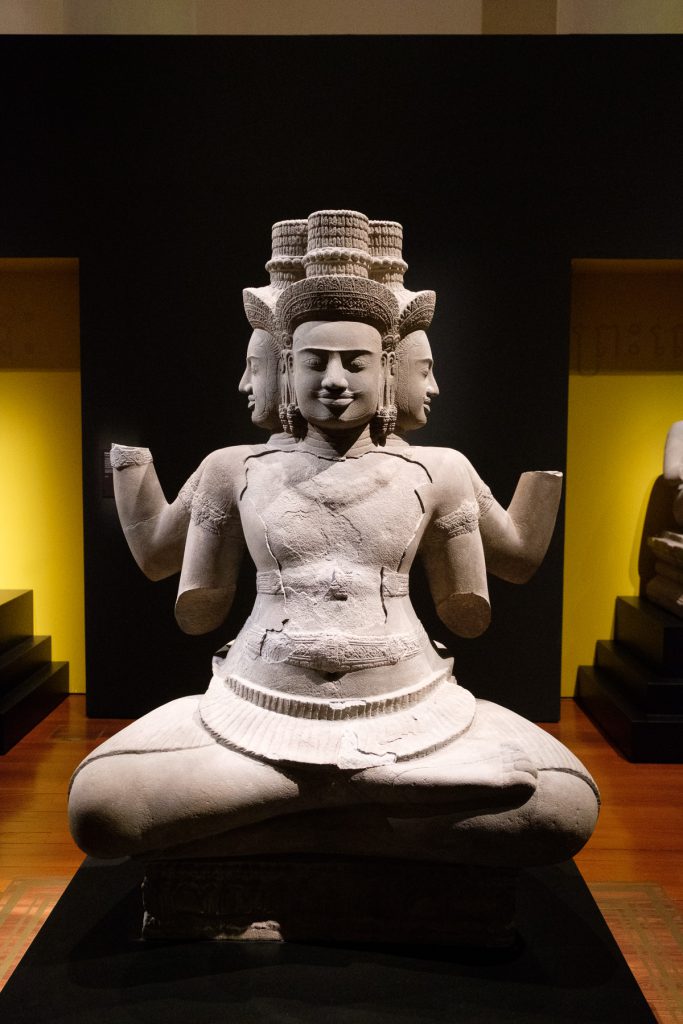 This statue of a female deity from the late 9th century is interesting, in that the head and body were separately discovered, and miraculously re-united in France in 2006. The statue is highly detailed, showing her coiled tresses and pleats of her dress. 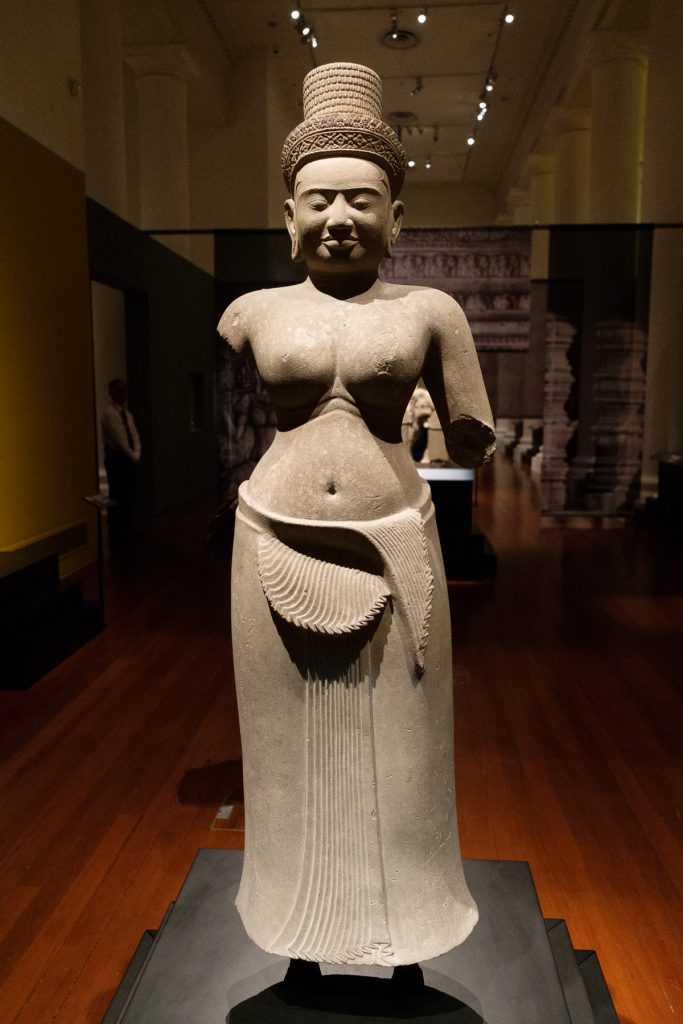 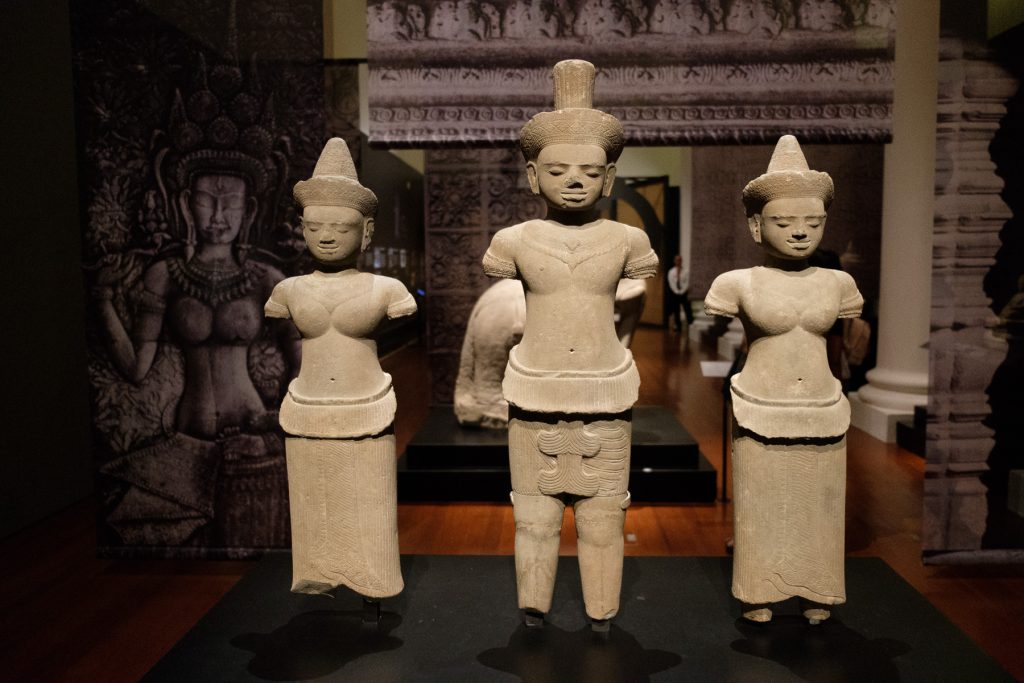 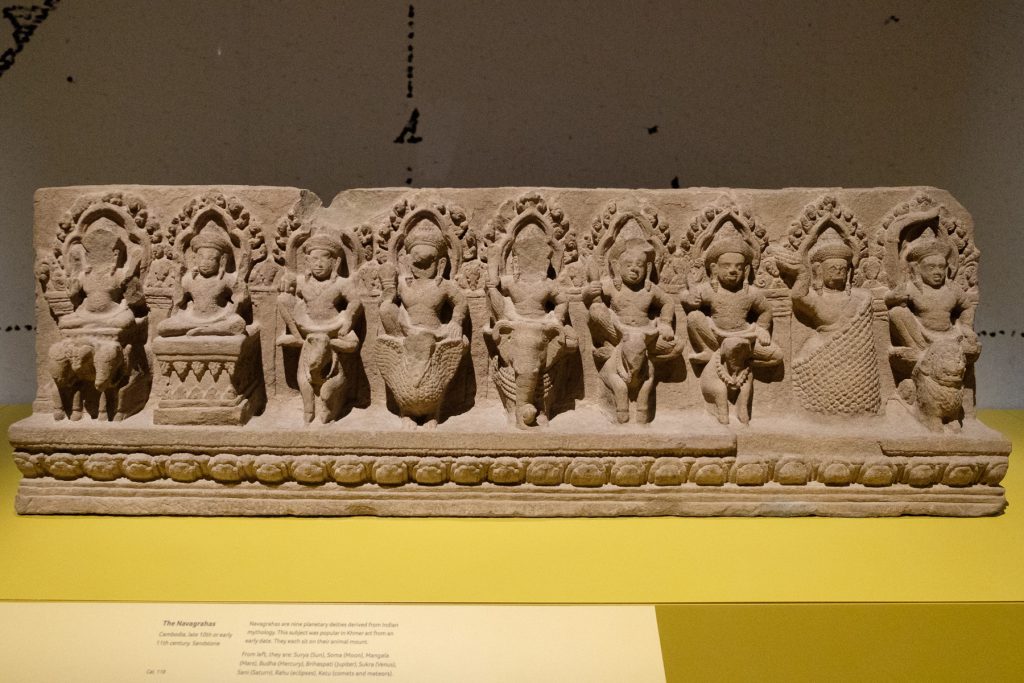 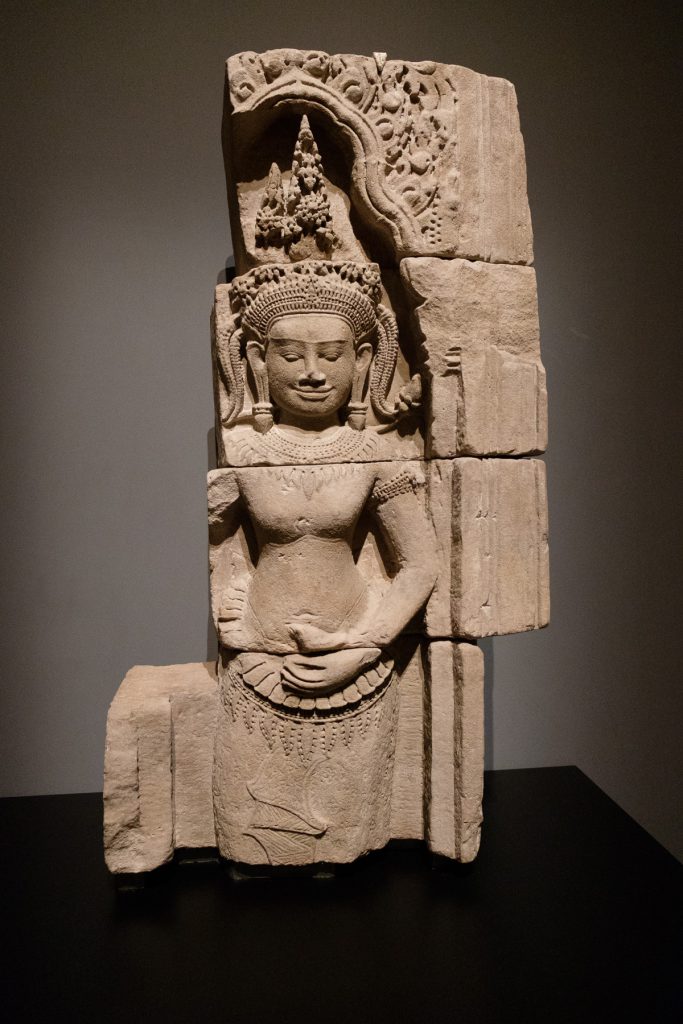 This entry was posted in Events and tagged "asian civilisations museum", acm, Angkor. Bookmark the permalink.