The Universe and Art 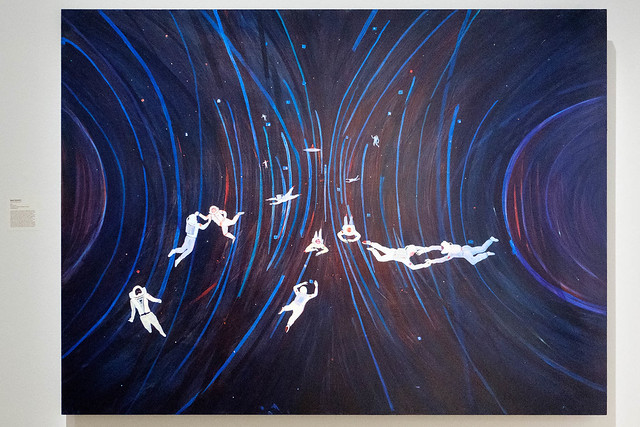 Space Investors by Jules de Balincourt (2015). This artwork is also used for the marketing visual for The Universe and Art exhibition at the ArtScience Museum.

For centuries, humans have always been fascinated by the universal and what lies beyond. We even make use of celestial objects like the stars to help us find the way, or to attempt to predict the future.

The Universe and Art is an exhibition which explores this fascination and present the global views of the Universe through the centuries. It weaves a rich constellation of Eastern and Western philosophies, ancient and modern art, and science and religion, to explore how humanity has contemplated its presence in the Universe.

Featuring over 120 artworks, scientific artefacts and manuscripts, The Universe and Art is jointly curated by the Mori Art Museum in Tokyo and the Asian Civilisations Museum in Singapore. A new installation by British sculptor, Conrad Shawcross was also specially commissioned for this exhibition, which opens on 1 Apr 2017 at the ArtScience Museum.

I was invited to a media preview and opening ceremony of the exhibition at the ArtScience Museum, whose name is most appropriate for the theme. The ceremony begins with artistes Dragan Živadinov, Miha Turšič, Dunja Zupančič giving an acrobatic performance followed by a short opening speech by Ms Honor Hagar, Executive DIrector of ArtScience Museum. This was followed by Mori Art Museum’s director, Mr. Fumio Nanjo and a Q&A session before a short guided tour of the exhibits. 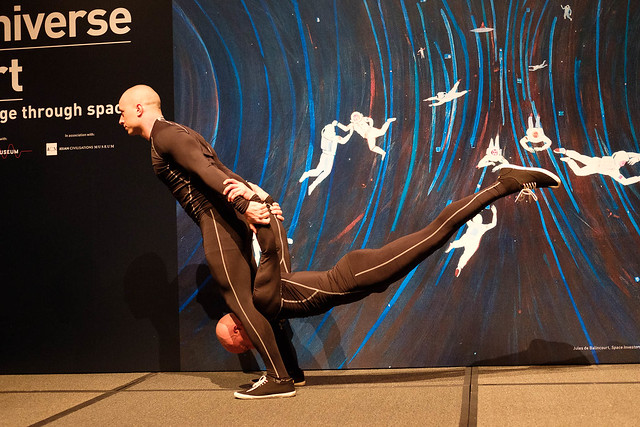 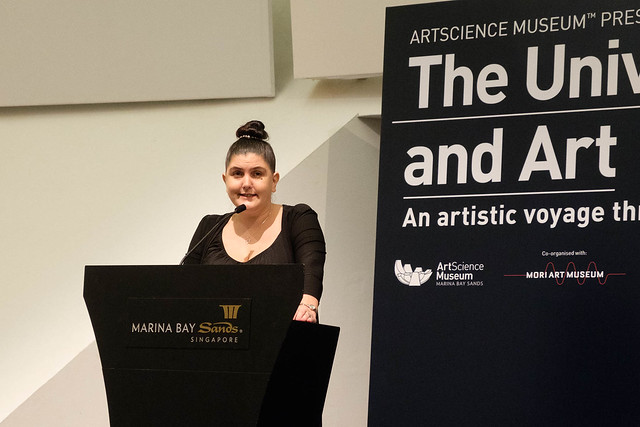 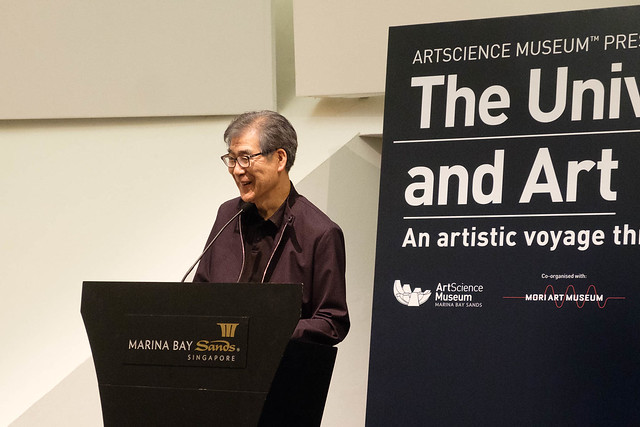 The Universe and Art is divided into four galleries—Our Vision of the Universe, The Universe As Space-Time, A New View of Life and Space Art.

1. Our Vision of the Universe

This gallery focusses on historical cosmologies and art from around the world. Sixteen religious artefacts from the Asian Civilisations Museum covers works from the Buddhist, Hindu and Jain traditions, showing how we conceived the cosmos as multi-dimensional from the earliest of times. This gallery also showcases rare, first-edition publications of renowned astronomers like Galileo, Kepler, Copernicus and Newton. 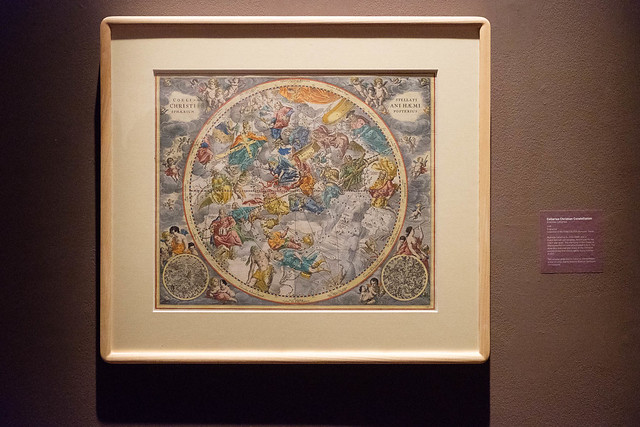 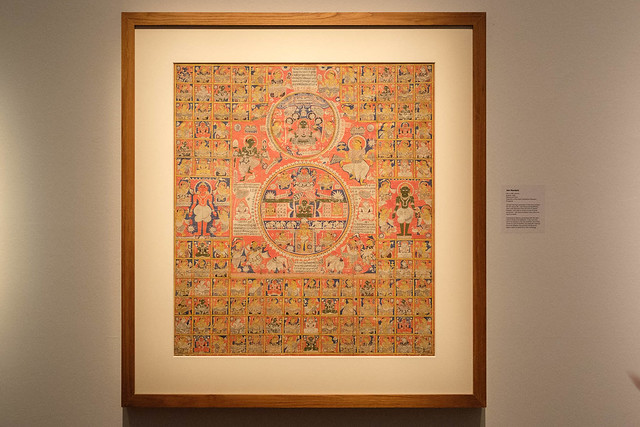 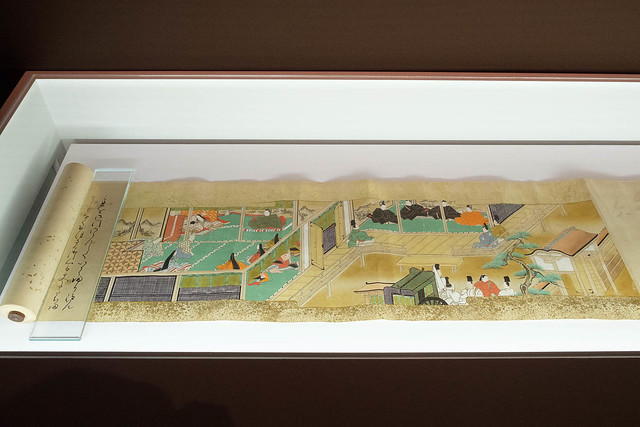 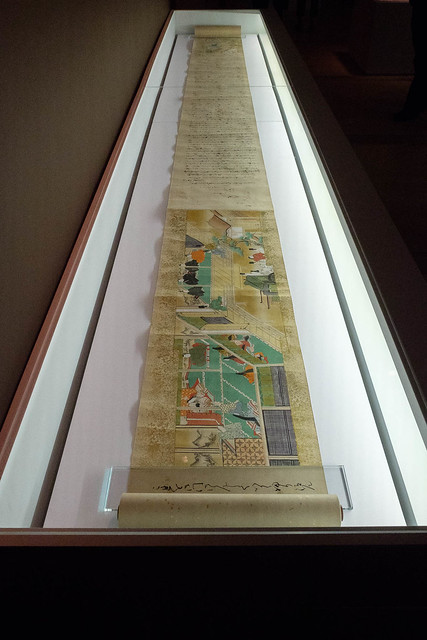 The Tale of the Bamboo Cutter by Taketori Monogatari (17th Century) 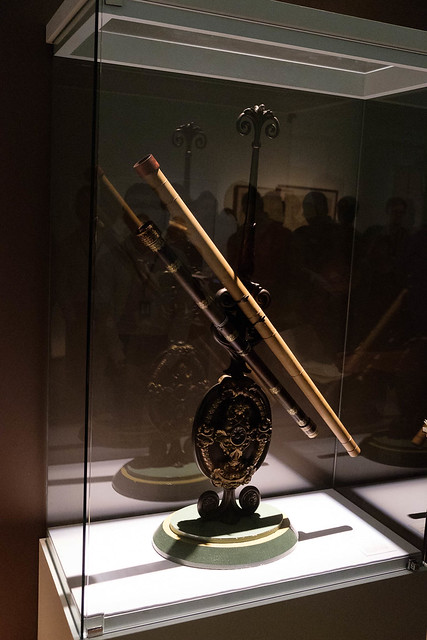 A replica of Galileo’s telescope 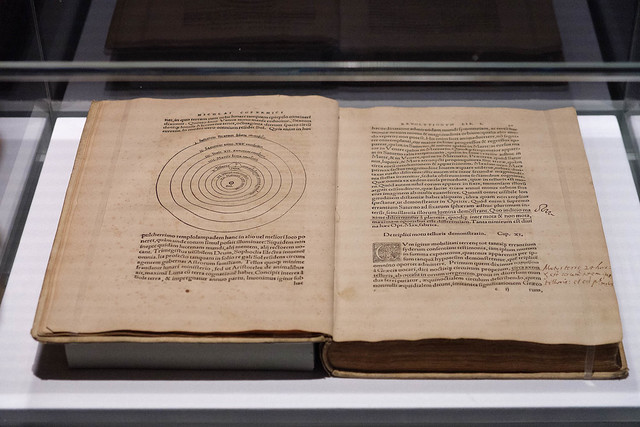 2. The Universe as Space-Time

Scientific advances are explored in this gallery through the works of contemporary artists. Themes revolve around enigmatic phenomena such as black holes, dark matter and the Ekpyrotic Universe through artworks by Björn Dahlem, Mariko Mori and others. 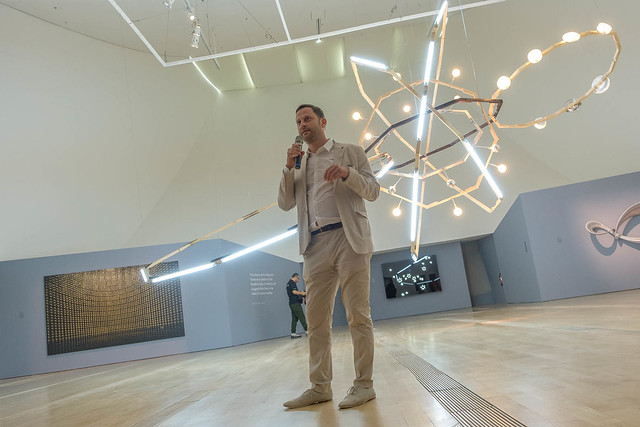 A key centrepiece of this gallery is an installation titled “Slow Arc inside a Cube VIII” by British artist Conrad Shawcross, which was specially commissioned for this exhibition. It features a moving light inside a metal cage which projects mesmerizing, geometric patterns onto the walls of the gallery. 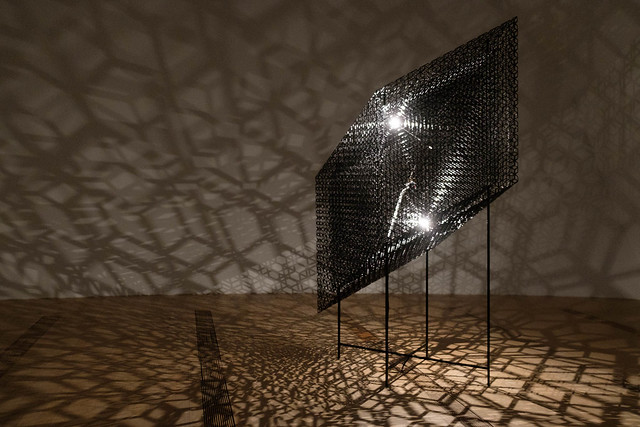 Slow Arc inside a Cube VIII by Conrad Shawcross.

Works by other leading contemporary artists like Andreas Gursky, Trevor Paglen and Wolfgang Tillmans are also on display here. 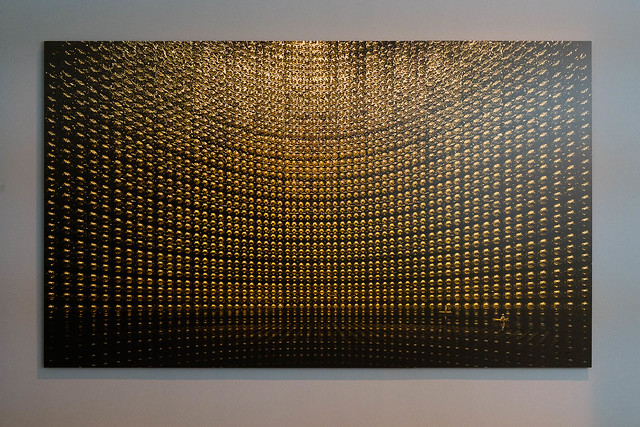 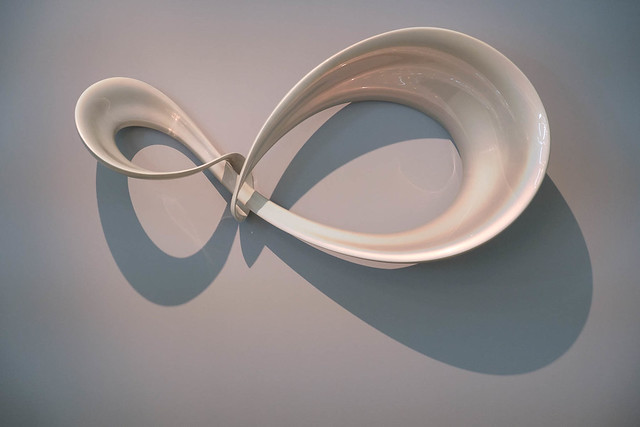 The potential of life on other worlds has fascinated both artists and scientists alike, as we constantly search for other lifeforms beyond Earth. This gallery explores the origin of life in the cosmos and ponders if we are alone. 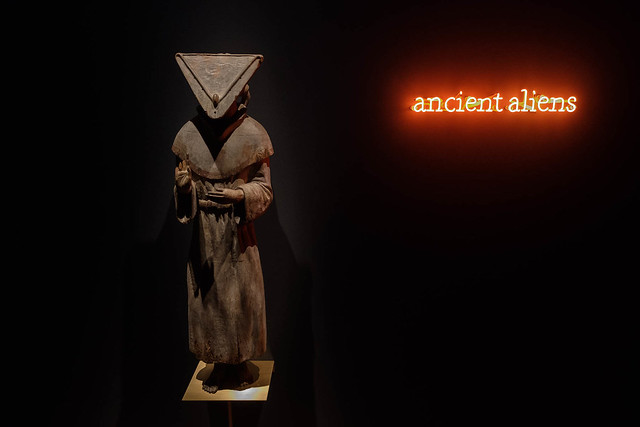 Depictions of alien worlds by contemporary artists like Laurent Grasso, Pierre Huyghe and Hiroshi Sugimoto are shown here, alongside pop culture graphic art which aim to arouse the visitors’ imagination of mysterious encounters with extra-terrestrial beings. 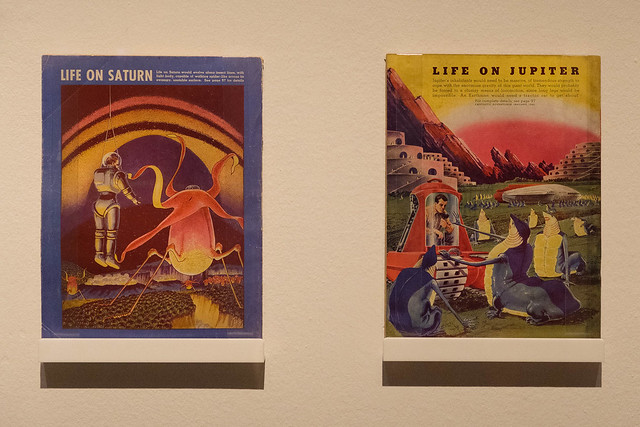 Life on Saturn and Life on Jupiter by Frank R. Paul.

The last gallery showcases artworks designed specifically for the environment of space. Highlights include artworks by Arthur Woods and Takuro Osaka, who have flown to space and exhibited in space stations. A key highlight here is an installation by Japanese artist, Hitoshi Nomura, titled “Moon Score: ISS Commander—Listening to it on Mars”. Seeking inspiration from photos of the Moon’s craters taken by Japanese astronaut Koichi Wakata, Nomura provided his own interpretation of the rhythms of the Universe through this unique musical composition. 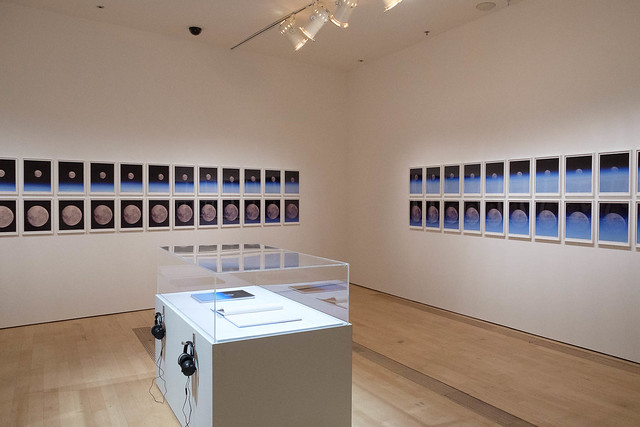 ‘Moon’ score: ISS Commander – Listening to it on Mars, now by Nomura Hitoshi

The Universe and Art opens on 1 Apr 2017 at the ArtScience Museum. The admission fee is S$17 for adults, $14 for senior citizens and $10 for children of between 2-12 years old. Singaporeans can enjoy a discounted rate of $14, $11 and $7 respectively.

This entry was posted in Photography and tagged artscience museum, cosmos, space, universe, universe and art. Bookmark the permalink.