The Supermoon Which Eluded Us 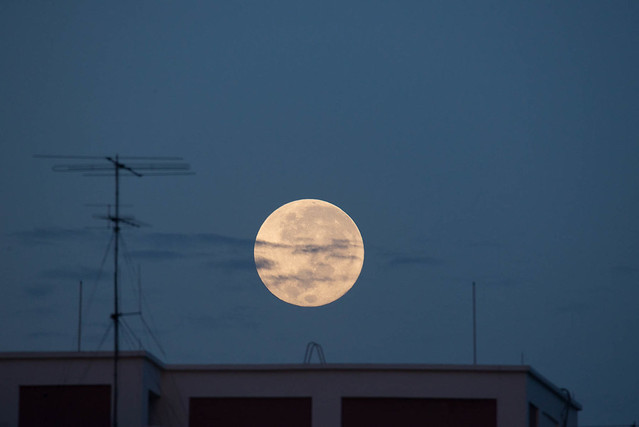 The Supermoon of November 14, 2016 setting behind a block of HDB flats.

The night of 14 November 2016 is supposed to be the night when the moon is the closest to Earth in 68 years. The phenomenon is known as a Supermoon, and though it’s not rare (there were 3 in this year alone), the Supermoon of Nov 14 is the closest to earth. This has attracted a lot of interest, particularly among the photographers (myself included) who wants a shot of it.

Unfortunately, November is also the monsoon season in Singapore with lots of rainfall and cloudy days. It had rained the almost the whole day on 14 Nov, and even though the rain stopped before moonrise, the thick cloud cover meant that the moon could not be seen.

The moon finally made an appearance much later in the night, but with the moon so high up, there is no chance of making a photograph with a foreground interest. It will just look like any other moon.

On this note, I’d like to offer a tip on shooting the moon, super or otherwise. Include some foreground interest like buildings, structures, trees, people, etc. to provide a sense of scale, and thus give the illusion of a bigger moon. The moon is also perceptually bigger when it’s low in the horizon, adding to the effect.

The next morning, I was pleasantly surprised to see the moon setting, and managed to grab a couple of shots. The opening photo is one of them, and here’s another with the moon partially setting behind the HDB flat. Both are shot on a Nikon D600 and a Tamron 150-600mm telephoto zoom lens that a friend has kindly loaned to me. 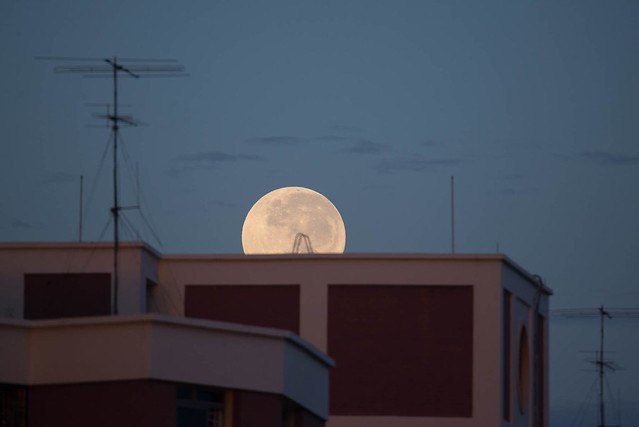 Later that evening, I decided to head down to the Esplanade Bridge again to see if I can catch the moon alongside the Singapore Flyer. This time, the moon showed up and I was able to get the shots I wanted. As I didn’t really want to carry a heavy DSLR + long lens + tripod (I carried it for 2 days in trying to catch the moon in vain), I had opted for the Fujifilm X-T2 and XC 50-230mm instead. As there is less magnification compared to the Tamron, I had to crop the image. Thankfully, there’s plenty of leeway to do this thanks to the 24mp sensor of the X-T2. 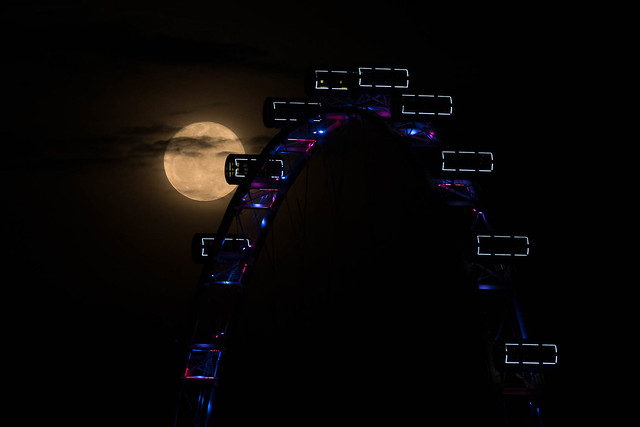 The moon rises alongside the Singapore Flyer.

I also walked around the area to see what other angles I can get, and ended up with this. The silhouetted spikes of the Esplanade Theatre make the moon look a bit like Pac Man, doesn’t it? 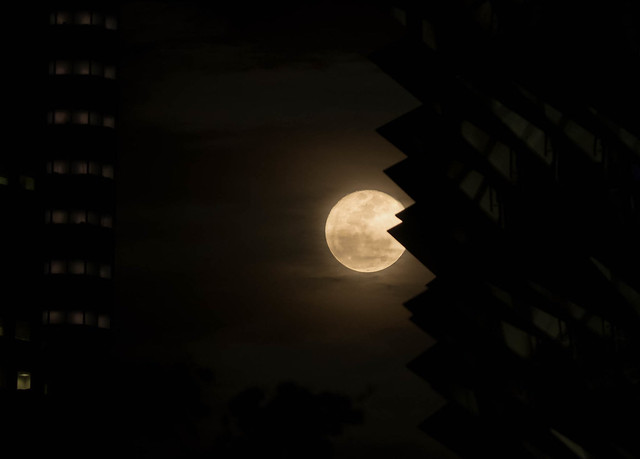 The next time the moon will be this close will be on 25 November 2034. Meanwhile, you can also check out the Supermoon which I shot in 2013.