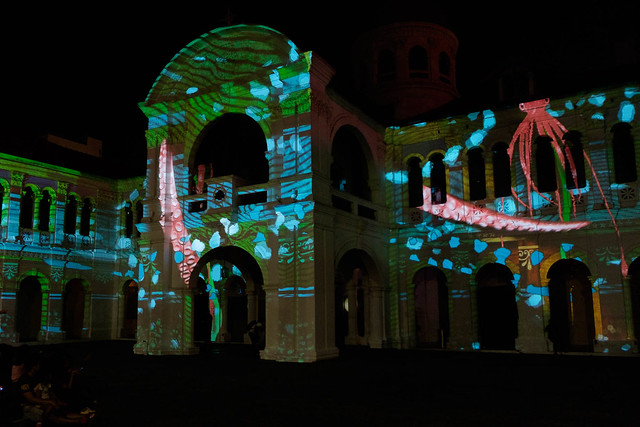 Journey by NOVAK (UK) projected on the façade of the Singapore Art Museum (SAM).

The annual Singapore Night Festival returned last weekend at the Bras Basah precint, with a theme of “Innovation and Invention”. After the glitz and glamour of last year’s festival, the current installation is comparably lacklustre. Nevertheless, here are a few of the better shows I managed to attend and shoot on the first weekend.

Installations involving 3D Projection Mapping onto building façades have always been a crowd favourite with the festival goers. This year, visitors to the Singapore Art Museum (SAM) are treated to the world of Jules Verne by UK creative studio, NOVAK. Seven of Verne’s novels were re-intepreted and digitally projection-mapped onto the façade of the Singapore Art Museum. Highlighting the invention to enable adventure, Journey takes viewers on through a series of scenes, each depicting a different landscape, related to the vivid environments found in Verne’s classic novels. 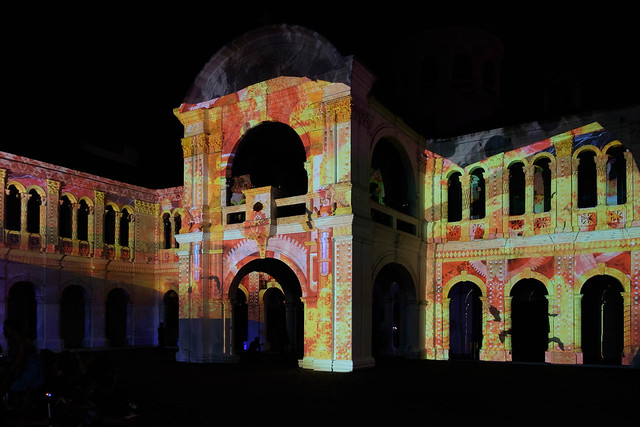 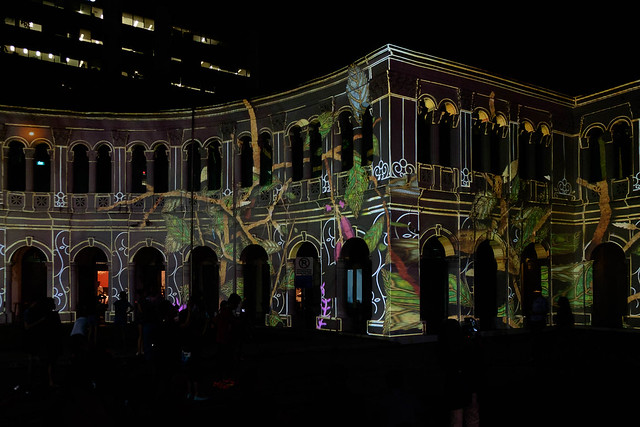 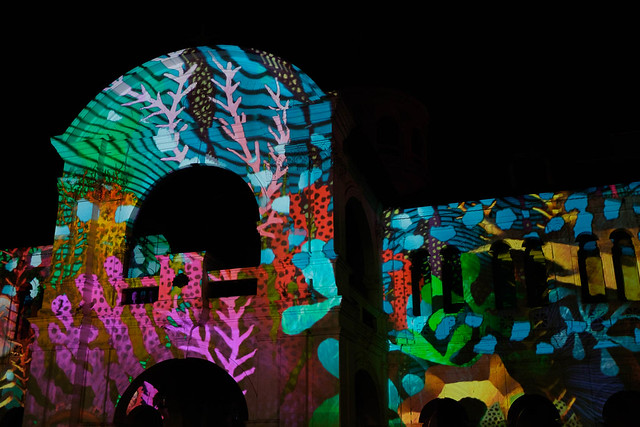 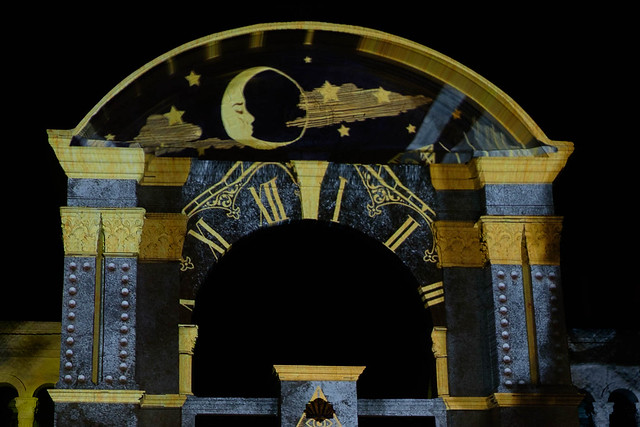 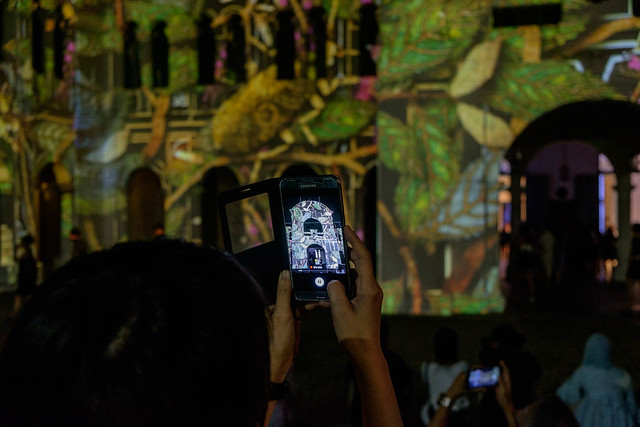 A visitor takes a video of the projection display on the façade of Singapore Art Museum.

First seen at the i Light Festival 2012, Groupe Laps’ KEYFRAMES is back, this time on the façade of the National Museum of Singapore. Like the previous appearance, KEYFRAMES features LED stick figures “moving” on the façade to an 8-bit, video game-like soundtrack. 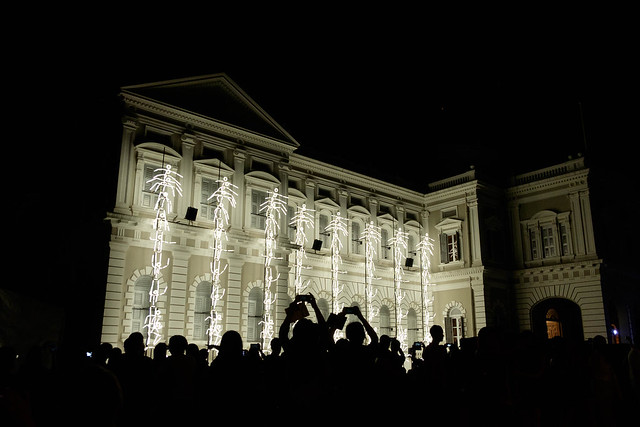 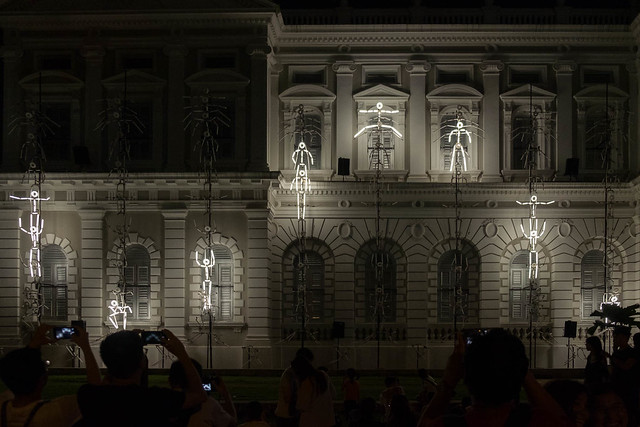 Les AquamenS features two men with their heads stuck in a jar of swimming goldfish, wandering about the festival grounds. They were tagged along by pesky security marshals who keep moving them on, hardly giving festival goers time to photograph and interact with the performers. The ironic thing is that they were shouting “No flash! No flash!”, and yet were holding a super-bright LED torch which produces equally-blinding, flashing light to guide them along. 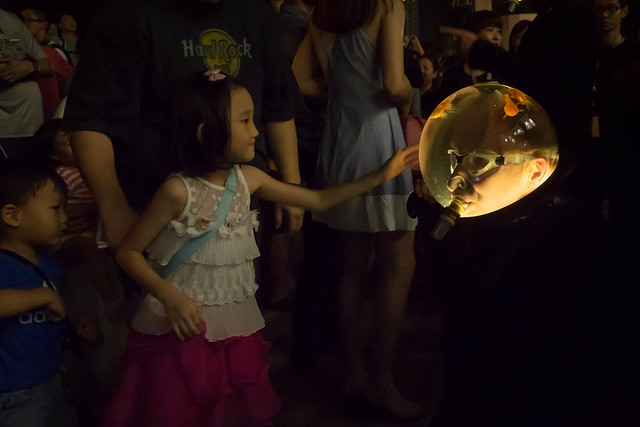 One of the performers of Les AquamenS pauses to allow a little girl to touch his ”head”. 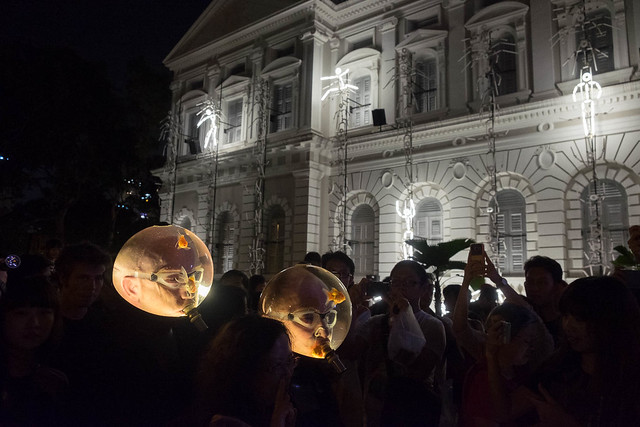 Les AquamenS walking past the KEYFRAMES installation on the façade of the National Museum of Singapore.

This rolling, acrobatic performance by French-sounding UK group, Acrojou tells a post-apocalyptic love story set in a dystopian future, at a time where survival depends on sharp eyes, quick hands, and above all, friendship.

Unfortunately, the performance is held in the mostly dark alley between the National Museum and the Singapore Management University (SMU.) I had to bump up my ISO all the way to ISO 6400. My newly acquired Fujinon XF 35mm f/2 WR came in useful, gaving me an extra stop of light to work with. 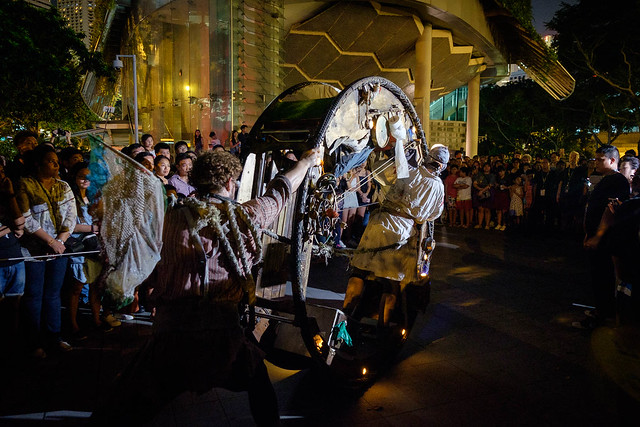 The Wheel House by Acrojou (UK). This was lit by someone’s flash which went off at that exact moment I took the shot. It is otherwise rather dark. 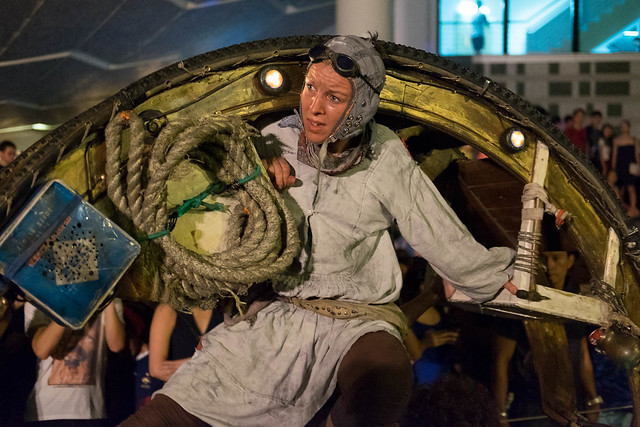 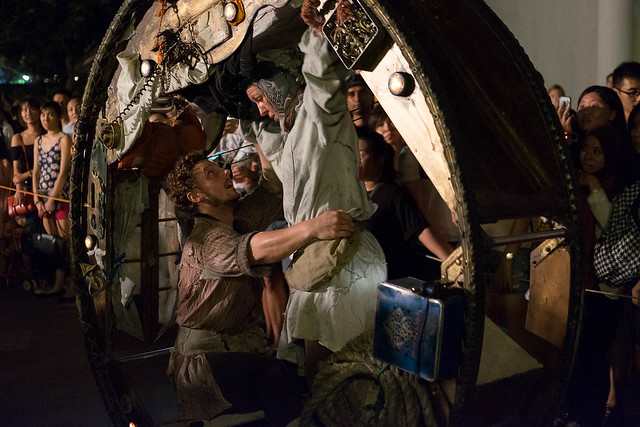 :Samara features an interactive tree sculpture illuminated by LEDs which are constantly changing colours. The sculpture is inspired by the loss of the artist’s favourite tree, and invites us to reflect on the authenticity of using modern technology to recreate what we have lost in our fast-changing world. 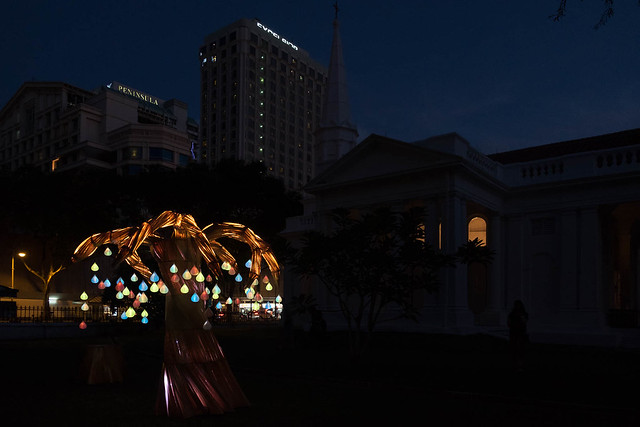 :Samara by Max Pagel and Jonathan Huang, and the Armenian Church in the background, at dusk. 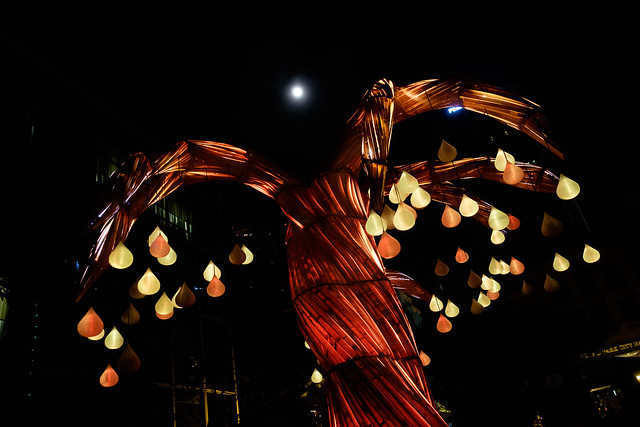 The final weekend of the Night Festival 2016 will take place this Friday and Saturday (27–28 Aug 2016.) Meanwhile, many of the light installations such as Journey and KEYFRAMES will still be on every evening until 11pm.

For more information about the upcoming events at the Night Festival, please visit the official website at nightfest.sg