What a Loving & Beautiful World

The popular i Light Marina Bay is now into its fourth installation this year. The festival opened last Friday, 18 March and I went over with a couple of friends to have a look as well as to take some photos. This is the third i Light festival I have been to, having missed the very first one for some reason or other. The theme for this year is “In Praise of Shadows” and it features 25 innovative and environmentally sustainable light art installations by artists from both Singapore and around the world. I didn’t manage to cover all the 25 installations, so here are the some of those which I’ve shot.

What a Loving & Beautiful World by teamLab (Japan) 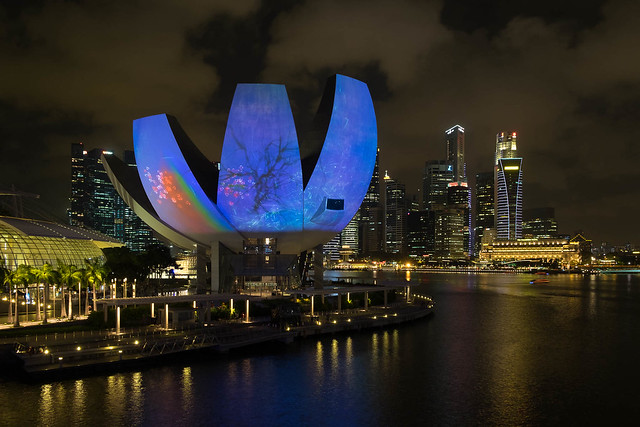 A crowd favourite of the past festivals have been the 3D light projection displays on the façade of the lotus-shaped ArtScience Museum next to the Marina Bay Sands integrated resort. This year, the display is by teamLab from Japan, titled “What a Loving and Beautiful World”. The projection features colourful scenery featuring the four seasons as well as Chinese characters that visitors can “flick” onto the display via a mobile app. 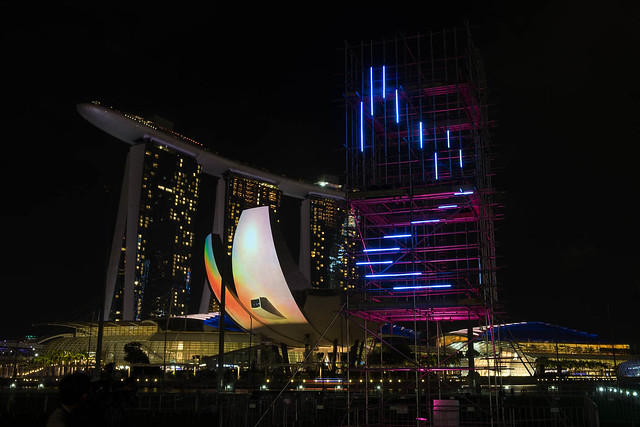 SONICtower is a scaffolding-like structure comprising four zones with 320 solenoids and LED lights to create a rhythmic sound and light scape. The click-clack sounds of the solenoids synchronised with the lights for both an aural and visual experience. 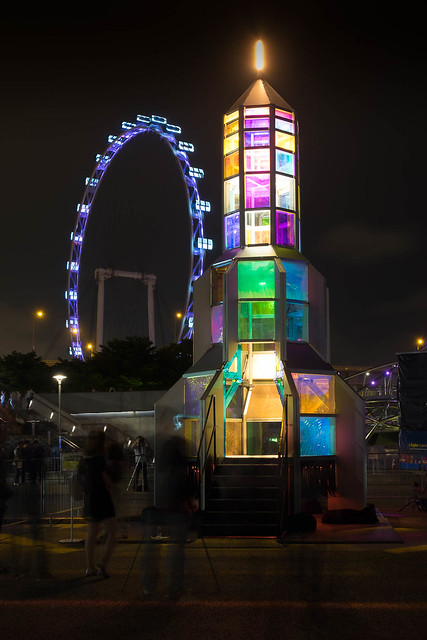 This is a spaceship-like structure with colourful windows that hopes to bring out the child in us and our fascination of space. The installation loosely interprets the interplay of light and darkness in space, seeking to allay fears of what humans do not yet totally understand. 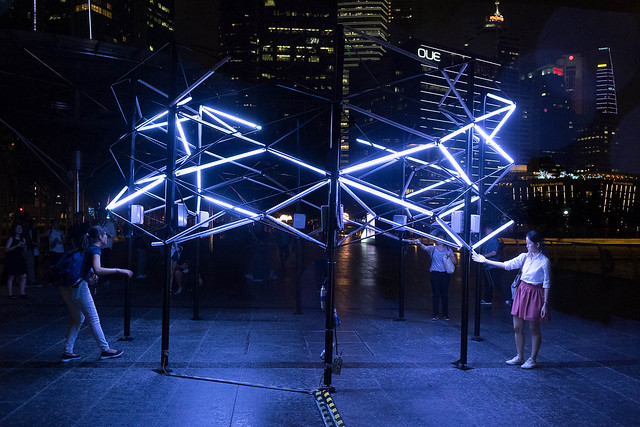 Bolt is made up of LED tubes which light up progressively when touched, much like the way lightning strikes. It aims to allow people to experience direct visceral connections, creating an emotional ‘spark’ that seems to be diminishing in today’s virtually-connected world. This is a composite shot of two images—one with the only the left half lit, and the other with only the right half lit. 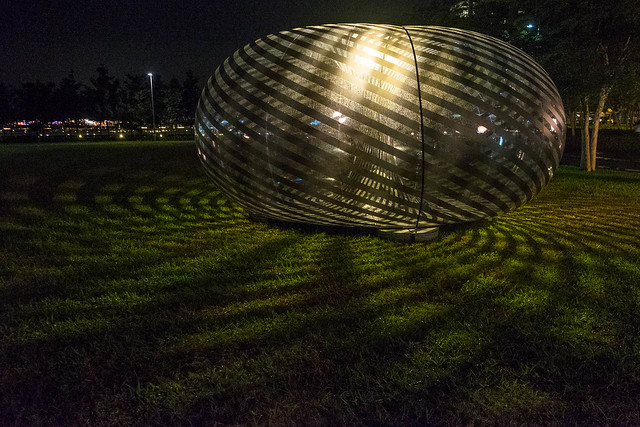 Shadow Bath is a luminous inflated bathhouse which casts shadows of its patterned moiré patterns onto the surrounding grounds like a huge lantern. During certain times, visitors are able to get into the interior for an unique light show. Unfortunately, the time wasn’t right when I visited so I can only view it from the outside. 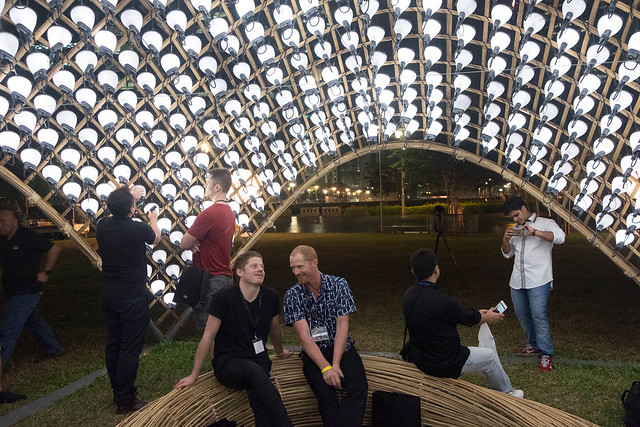 This is a simple bamboo structure covered in photovoltaic cells (a.k.a. solar cells) to shade the interior during the day, and lighting up from the stored energy at night. This makes it fully self-sufficient and independent of the power grid for electrical energy. 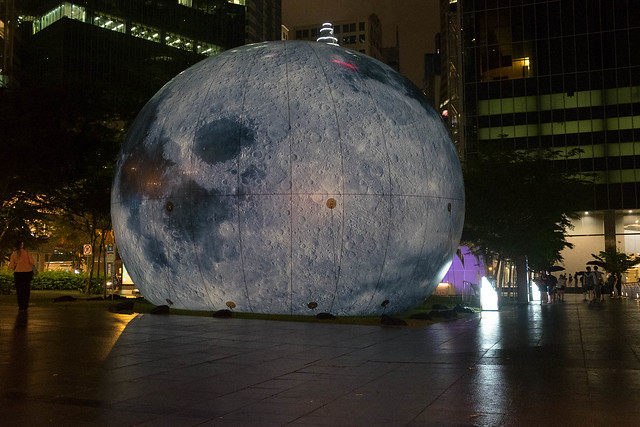 Moon Haze is a spherical installation representing a full moon which also acts as an air monitoring system. It responds to air quality by becoming brighter as the air quality gets better. It wasn’t that bright when I was there, so probably the air quality isn’t that great at that time. Then again, I read the forests in Indonesia has begun burning. So… 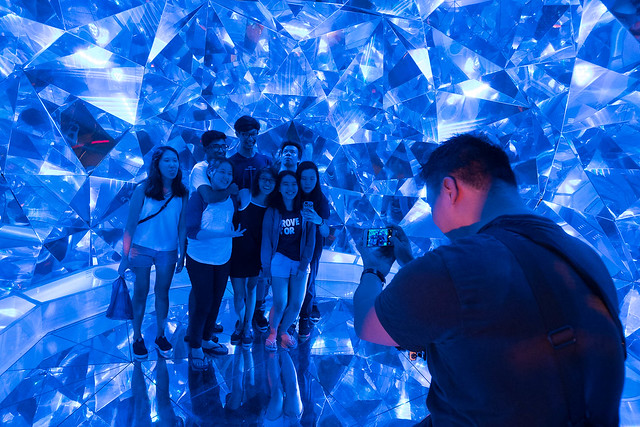 When I first saw pictures of this on Facebook and Instagram, it reminded me of the ice caves in Iceland, which I did not manage to visit while I was there. Light Origami is housed in a domed structure with ever-changing coloured lights and over 320 origami shapes made from mirrored panels. The interior feels like a giant 3D kaleidoscope, attracting many visitors to take photos, selfies and wefies from within.