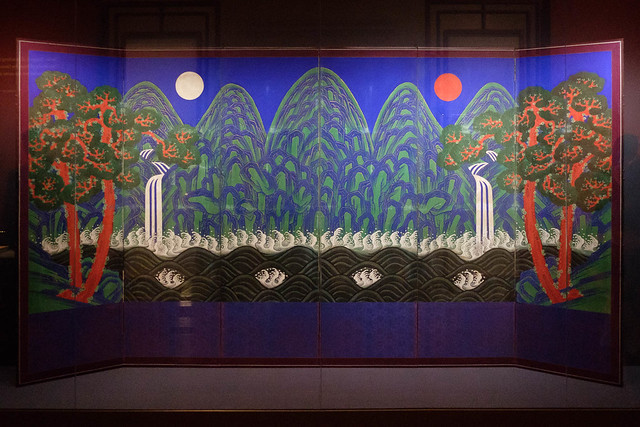 The Sun, Moon and Five Peaks on a 6-fold royal screen at the Joseon Korea—Court Treasures and City Life exhibition at the ACM. The sun and moon represent the forces of ying and yang, while the five peaks represent the five elements.

The Asian Civilisations Museum (ACM) has just launched a new exhibition titled Joseon Korea—Court Treasures and City Life. The exhibition is an intimate inspection of 500 years of the Joseon (1392 –1897) period which inimitably shaped modern Korea. It features more than 150 artefacts and treasures from the National Museum of Korea and the National Palace Museum of Korea that depict various facets of the vibrant Joseon era, and took three years to prepare.

Fans of K-culture will find the showcase familiar, as many of the exhibits shown have inspired Korea’s pop culture from period drama series to contemporary arts and aesthetics.

The opening ceremony started with a performance of “Story of the Rabbit”, a highlight scene from Sungungga, one of the five surviving stories of the Korean pansori storytelling tradition. It’s accompanied by musicians playing on traditional Korean musical instruments.

The exhibition was officially declared open by the Minister for Culture, Community and Youth, Ms. Grace Fu, and Dr. Yi Young-Hoon, Director-General of the National Museum of Korea. 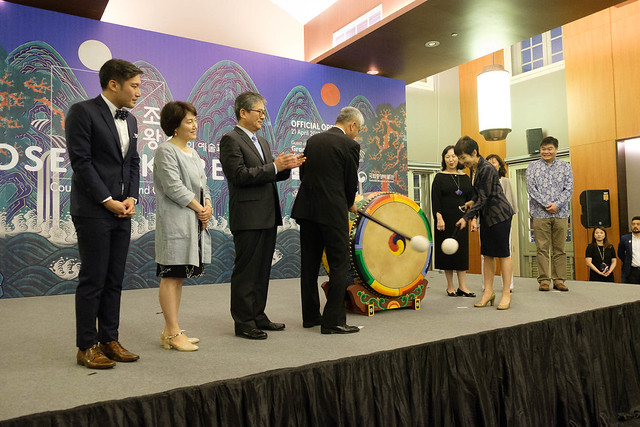 We were also treated to several traditional Korean dance / music performances before viewing the exhibition. 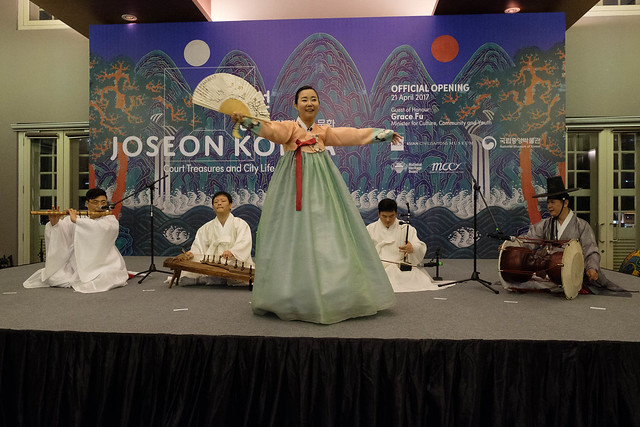 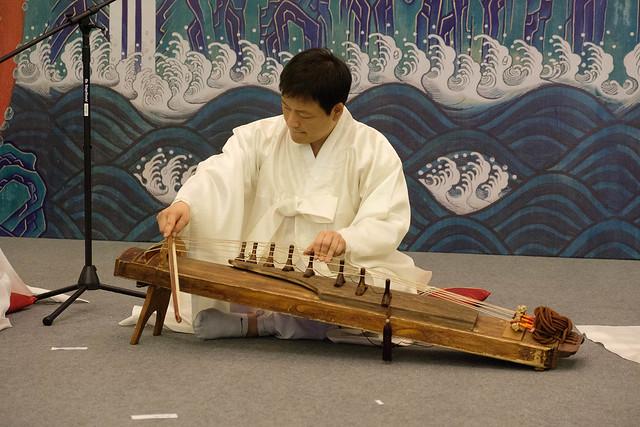 Interesting traditional Korean instrument. Don’t know what it’s called, it looks like a Guzheng but played with a bow.

Here are a few of the exhibits on display at the Joseon Korea—Court Treasures and City Life, which will run from 22 Apr to 23 July 2017 at the Asian Civilisations Museum. Tickets costs $10 for Singaporeans and PRs and $15 for tourists. 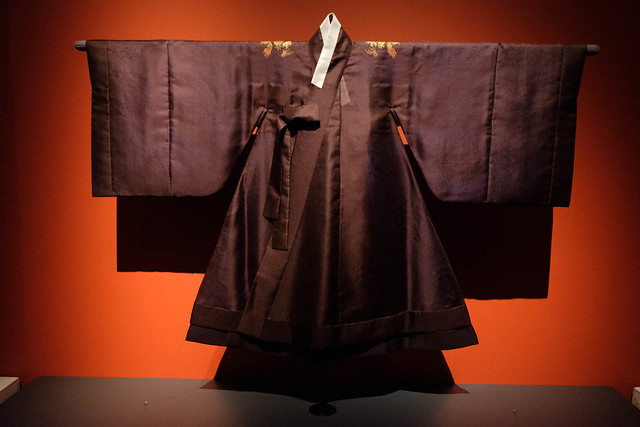 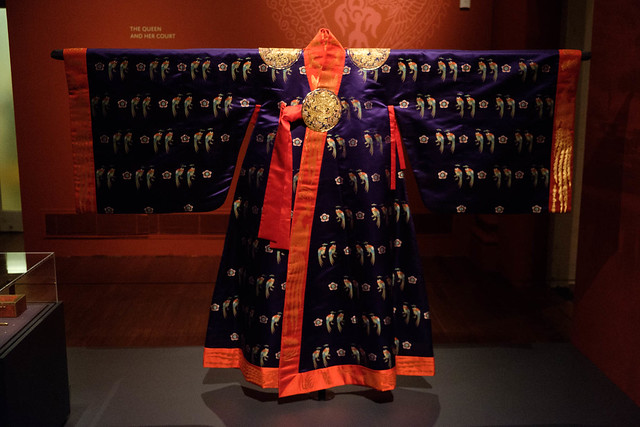 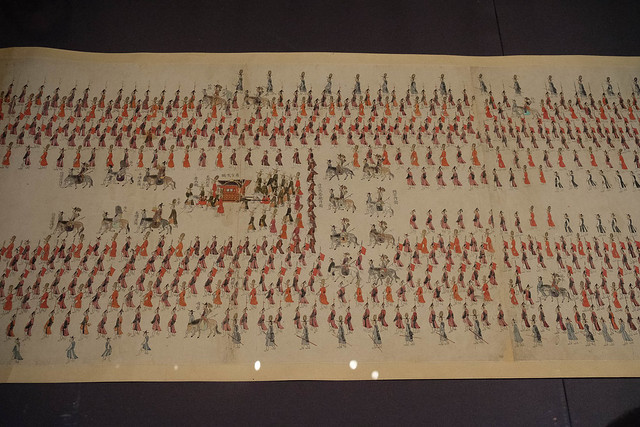 A section of a hand scroll depicting King Jeongjo’s Procession to His Father’s Tomb. 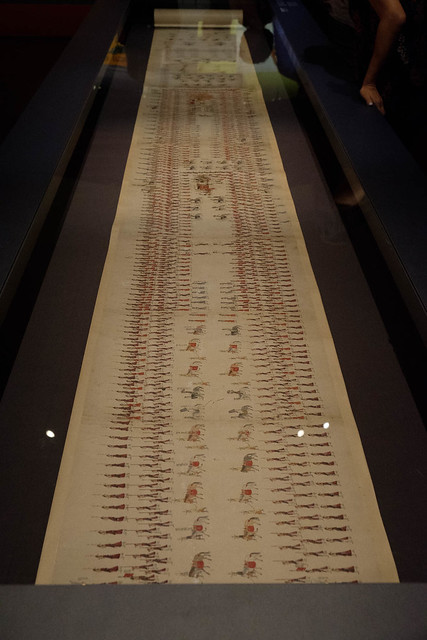 Another view of the handscroll 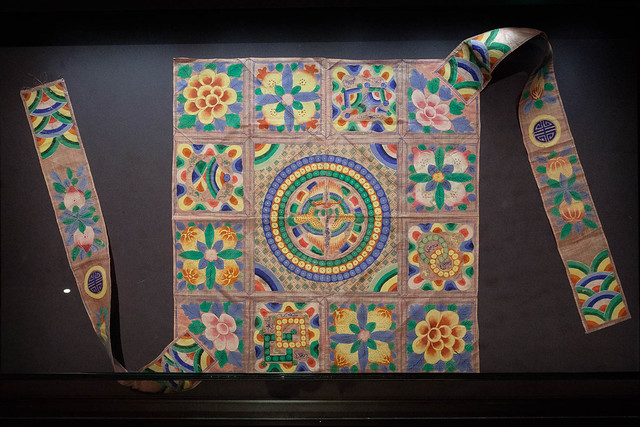 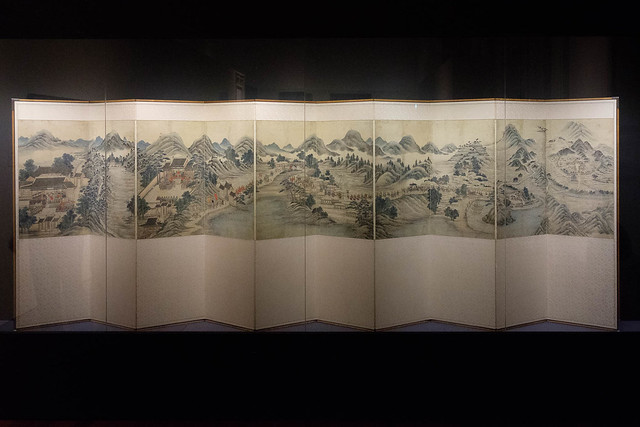 A painting showing the Magistrate of Dongnae (present-day Busan) welcoming Japanese envoys at Waegwan, the compound where Japanese envoys and trade workers were restricted after the Imjin War (1592-98). 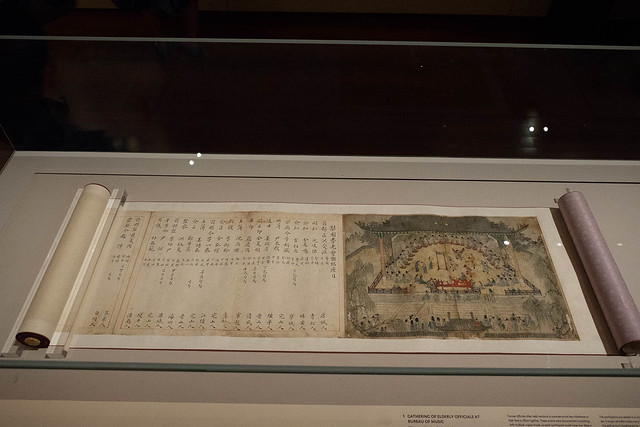 Gathering of Elderly Officials at Bureau of Music (18th Century) 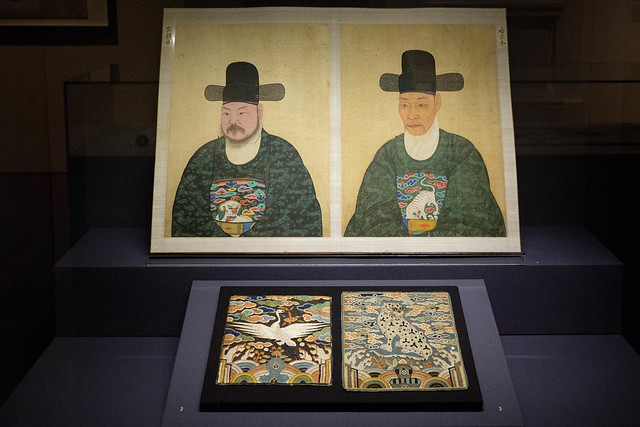 Portrait Album of Successful Candidates of the Deungjunsi Military Examination 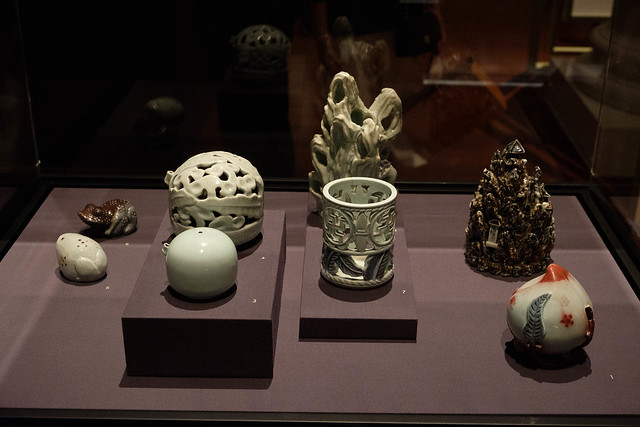 Used to prepare ink for writing or painting, water droppers were standard equipment on desks in a scholar’s studio. Much attention was paid to their aesthetic qualities, and they were made in a wide variety of designs. 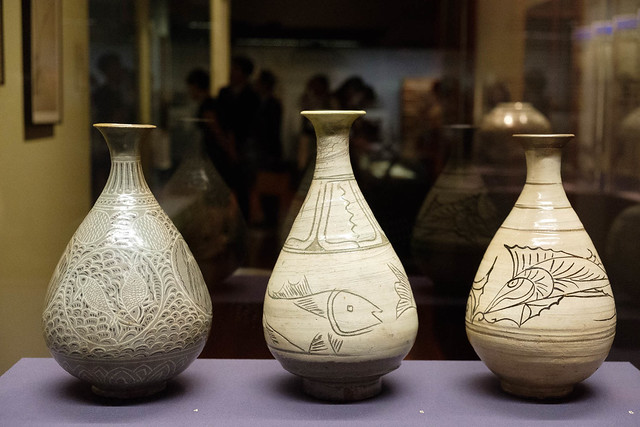 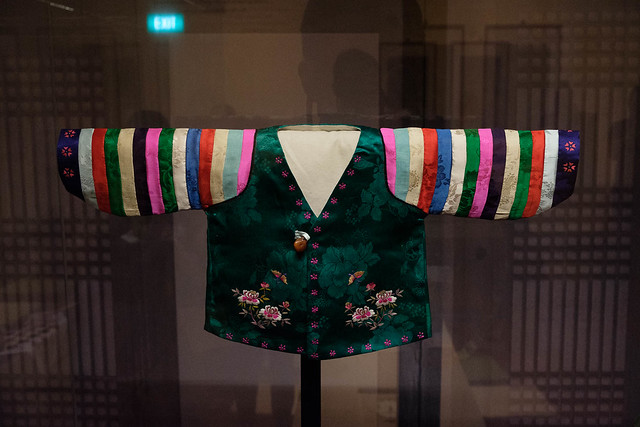 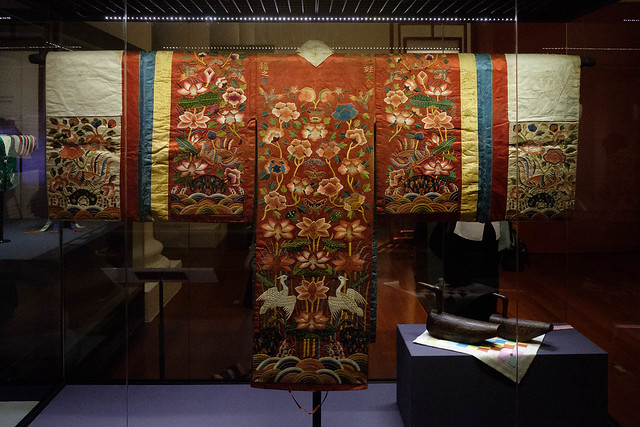 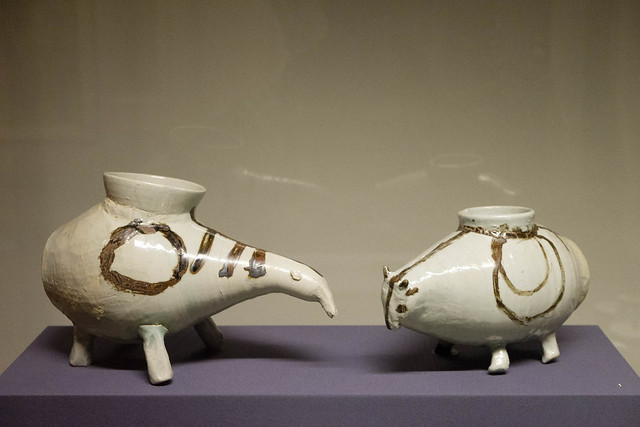 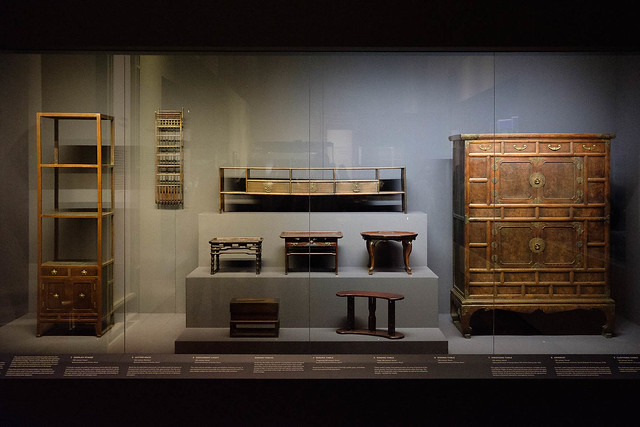