After a fiery first weekend, the 12th Singapore Night Festival ended on a high note with Theater Tol’s performance of “Garden of Angels”. The Belgian theatre group literally ended the festival on a high note, with angels suspended off a rig on a high crane, high above the National Museum of Singapore.

Garden of Angels is presented in two parts—a parade at Armenian Street nearby, followed by the aerial performance mentioned earlier. The parade features pigs on skates, (which the group called Burlesque Pigs), horses, singers, musicians and dancers. Many of them are on raised platforms on tricycles.

Following the street parade is the highlight of the second and final weekend of the Night Festival. The performance happens over a few locations on the front lawn of the National Museum, including a stage on the left of the museum, and some random positions where the performers mingle with the crowds.

Feathers seem to be one of the themes of the performance, with one of the actors releasing a small number of feathers. I managed to catch this backlit shot which appeared to be quite nice.

Then somewhere in the middle of the performance comes a huge feather bomb. Every one below were covered in feathers! This is a shot of the feathers as they come down. 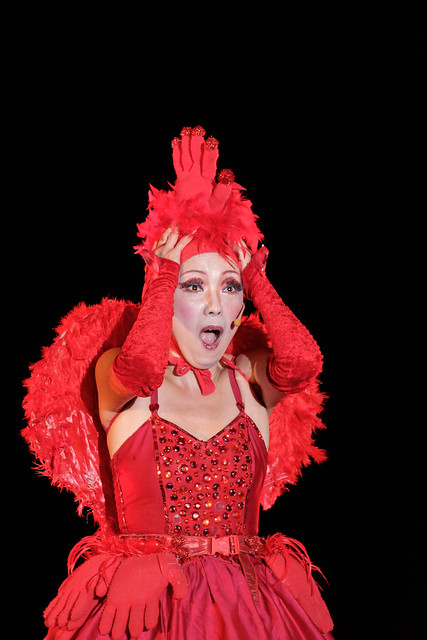 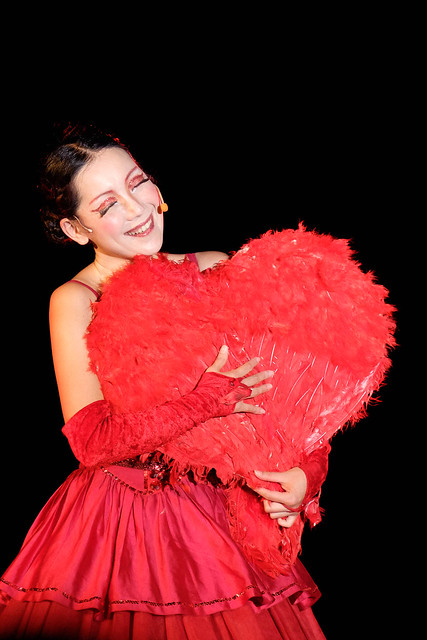 Here’s a video of her performance.

I used to always say that I miss the “Flying woman on a crane” that is La Argentina from Singapore Night Festival 2012. Now, I have a new favourite. Let’s hope the next Night Festival will be even better!