On 27th June 2014, the Singapore Sports Hub held an open house to its facilities. The same day also marks a year to go to the SEA Games 2015. While I was disappointed that the grand dame of the Sports Hub, the rebuilt National Stadium isn’t open to the public (so much for “Open House”), the fireworks in the evening helped lessen some of that disappointment.

Fireworks have not been fired from the Kallang area ever since the last National Day at the National Stadium in August 2006. It’s therefore quite exciting to see fireworks over the new stadium this time. I joined an outing organised by a friend Philip Kung, a member of the Singapore Photographers’ Interest Group on Facebook, and by the time I arrived the whole area at our location is jam packed with photographers and their tripods. Thankfully, another friend, David, choped (reserved in local slang) a place for me.

I shot the fireworks on the Fujifilm X-T1 and the Zeiss Touit 12mm f/2.8 lens, and also recorded a video of the entire 7 minute performance on my Nikon V1 which is mounted on the railing using a Joby Gorillapod.

Here are some of the shots from that evening. Unfortunately, the new stadium is shrouded in smoke soon after the fireworks started. 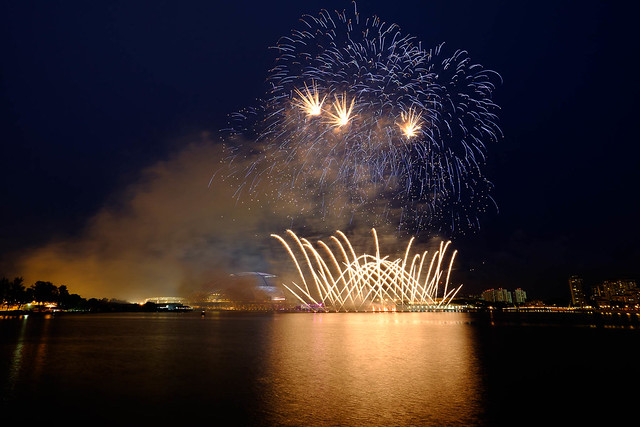 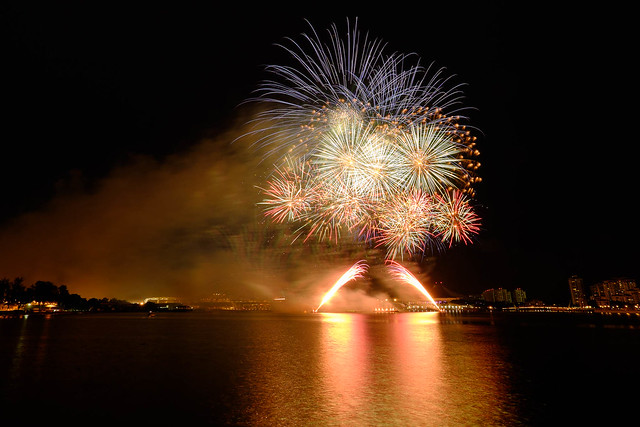 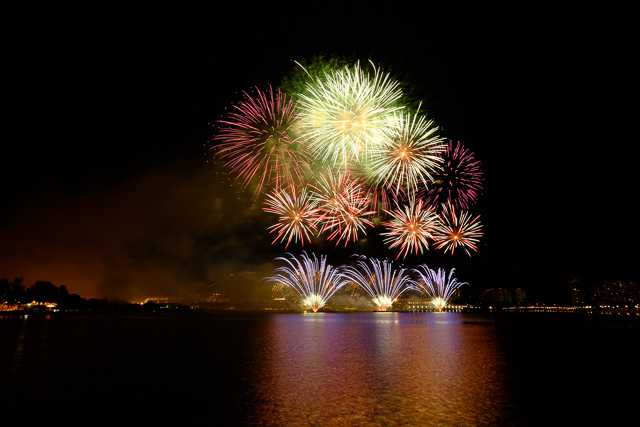 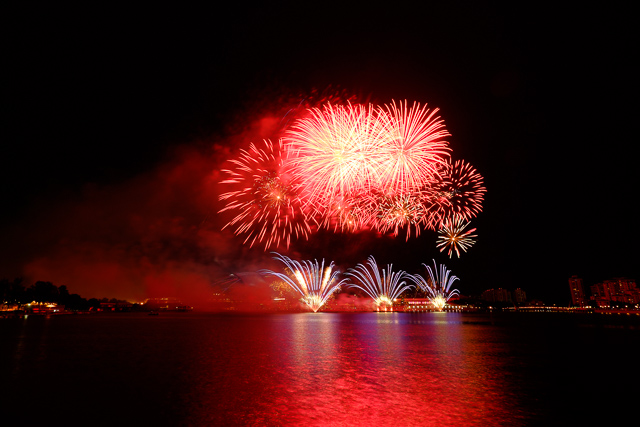 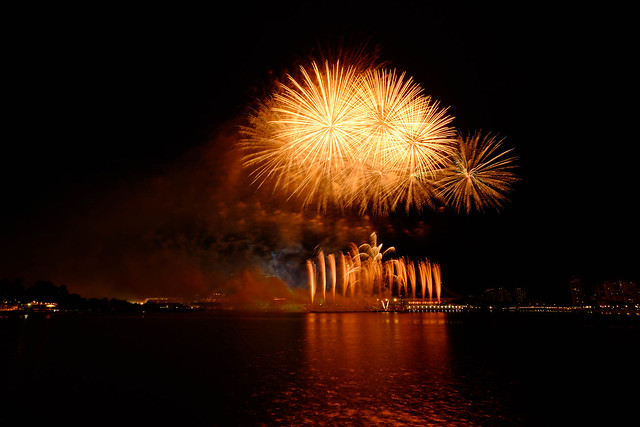 Here’s the video of the whole fireworks performance.